Which teams in Sydney would need to relocate ?

Coaching at Parra, a philosophical discussion

There is a similar blog on this already but I thought I would comment on it at a more philosophical level, rather than a series of judgements.

Like most things involving management, people that know nothing about it become the most boisterous.

Surely they should leave the backline as much as is as possible and put a direct replacement for Jennings into centre.

That probably rules out French. Hoffman was the last reserve back standing last week and is probably the safest choice, especially i

Parramatta’s Michael Jennings is set to miss his side’s NRL clash with Canterbury after being charged for an ugly high shot on Isaah Yeo.

2 Fergo - shows why he’s the best in the business

1 Moses - two try savers on the line and led the team around.

One thing today could have cost us dearly.....i.e. not taking the points with kicks at goal from right in front.

To me it is a basic to take the points especially on a wet day, but those decisions could be so costly, when we led 14/12 and received the

Title says it all, stood down for bad behaviour on a flight. Turvey and the Old School

For those of you who remember me, the ad hominem of "Social Justice Warrior" is a cap that doesn't fit well on my bald head; however, I do consider myself to be an advocate of social justice.

Around mid 2015, I was browsing YouTube in a fashion as to

BA thrown under the bus by the board

The Mole: Eels coach Brad Arthur denied by board on Issac Luke signing

Parramatta’s board has all but thrown embattled coach Brad Arthur under the bus a couple of weeks before the season kick-off. 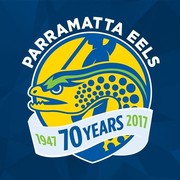 Eels in All Stars Game

Surprised there hasn't been a blog created about the performance of our three Eels who played in the All Stars match last Friday night.

Thought I may as well start one up as it was exciting to see French, Taka and our new recruit Fergo for the first t

"Fly Virgin then - no problems.
It is only that wanker at Quaintarse that reckons they won't take anyone not vaccinated - End of Quaintarse imo."

"Seriously, get over this concept of tought draws.  It is a myth. Anything can happen with any team in the NRL with regards to form and at any time of the season.  Want to win a premiership, need to be willing and capable of beating anyone and…"

"Welcome officially to the eels Carty. I am looking forward to seeing how he goes. If he applies himself, and has a dig, we could be on a winner here. As has been discussed, he is really on his last chance with us, even though he is only 25.…"

"In QueeRZland there are laws to take false accusers to court with the possibilty of a jail sentence.
Compensation can only be achieved through private litigation I think"
More…
Loading ...