“What would you do if you were stuck in one place and every day was exactly the same, and nothing that you did mattered?”, asked Phil Connors (Bill Murray) in Groundhog Day (1993). Just like the loser sitting next to Phil in that bar, who replied “that about sums it up for me”, waiting for the Bunnies to spin the ball to their left and score untouched six or seven times (against the Eels) about sums it up for Eels fans. Now, you know that phrase that goes ‘my heart tells me the Eels will win, but my head tells me they won’t? Well, I wonder if it is reverse in this match, with our heads telling us the Eels will win but our hearts telling us they won’t? The Eels’ record against the Bunnies is dreadful, and the Eels’ penchant for using a condensed defensive line just seems to be inevitable exploited by the Bunnies. Every time. Again, and again. Groundhog Day. Of course, Phil, a weatherman sent to Punxsutawney (Pennsylvania) to report if an awakened groundhog will see his own shadow and thus extend winter by six weeks, gets caught in a loop of living the same day repeatedly. But Phil becomes a better version of himself and breaks the cycle. Can the Eels break the cycle? Not just dismal losses to the Bunnies, but late season form slumps? We will see. Welcome to Round 16. 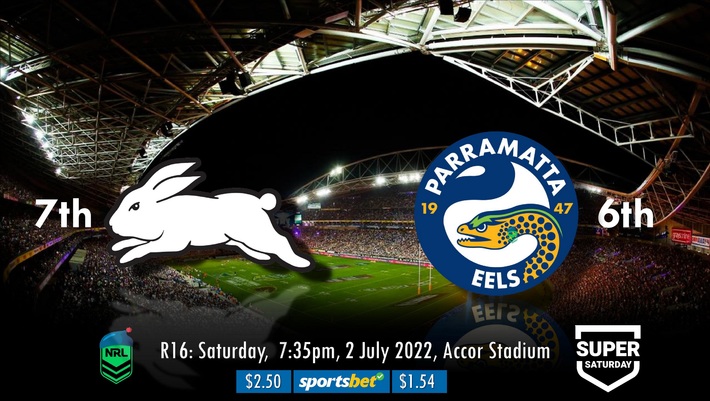 Notes: rumour had it that Matterson might not play, and that turned out to be true, with Niukore now starting at lock. N. Brown and B. Cartwright had looked set for reprieves from their self-imposed purgatories, if Matto withdrew, but instead, Opacic comes onto the bench. This makes no sense unless BA has been having nightmares all week, with flaming red and myrtle 38’s floating about his head, and visions of right-side defensive failures tormenting his hopes for sleep. Opacic when an outside back gets hooked? For the Bunnies, it’s all about the return of Latrell Mitchell. Oh, and Ilias retains the No. 7 despite getting hooked in the Bunnies’ last start capitulation to the Dragons.

I think, though, that most Eels fans would be happy enough if the Eels could replicate their first half, magically scintillating attack, and their steadfast second half defense, and continually do both in every game. Ideally, all game. Note against the Chooks, the Eels enjoyed 17 to 3 tackles in the opposition 20, and in the second half 15 to 8 in the opposition half. I thought the Chooks were lucky to score two of their three tries (one was off an obvious forward pass, the other off a ridiculously lucky bounce), whereas each Eels try was from well-organized, controlled adventurousness. Attack-wise, the game changed in the second half as the Eels put away most of the magic and played field position. Also note the missed tackles stats: Eels 12 in first half, and 21 in the second. But I reviewed that second half and I swear most of those missed tackles were Tedesco running from side to side and the Eels preferring to let him bounce backwards and run sideways than approach with a broken line. In a game of two halves, we might just have seen the Eels play adventurous versus safe all in the one game. WE all want to emotional satisfaction of running away with the contest and racking up a cricket score, but maybe the Eels are just not there yet, or it is just not their (2022) style?

All Bunnies fans would be saying ‘the less the said the better’ after their showing against the Dragons. Errors (12) and penalties (9), plus missed tackles (31), tell most but not all the story. The most surprising aspect of the game was how lost and clunky the Bunnies looked in attack. Passes went to no-one, and players ran wrong lines, and the Bunnies looked anything but the slick passing unit that has become their trademark in recent times. The footy is not the kind of social activity where one refuses to wish misfortune on others, so here is to wishing the Bunnies continue to play so clunky ball-in-hand.

Indeed, the Eels have been getting thrashed by the Bunnies: usually by 38+ to be precise.

In fact the Eels straight out suck against the Bunnies, going back over a decade. And as every Eels fan knows, the horror show has been down the Eels’ right-side defense, which this weekend will feature Moses, Penisini and Simonsson. Walker and Mitchell on the Bunnies’ left-side attack have terrorized the Eels, signaled by Alex Johnson thinking a game against the Eels is like Christmas come early.

There is a legitimate question to be asked here, of whether Brad Arthur’s obvious instructions to his outside backs to jam in and operate with a condensed, rushing defense, is simply not a good match-up against the Bunnies’ attacking style of fast tip-on raids by their outside backs?

This question assumes salience not just because of the recent history of lop-sided scores in the Bunnies’ favor, and not just because watching the past four games highlights shows the same left-side attack versus right-side implosion pattern. But it is also because, looking at the attacking stats, there is not much between these two teams. They are basically neck-and-neck in terms of their 2022 attacking and defensive records, so “clashes of style” become important. Do the Bunnies attack with a style the Eels’ defensive system is just poorly equipped to handle? Where the hope may arise is in defense and discipline. The Bunnies make too many errors and concede too many penalties. The Eels need to defend well enough to put the Bunnies under pressure, and hopefully enough pressure that the Bunnies will shoot themselves in their stupid rabbit’s foot. 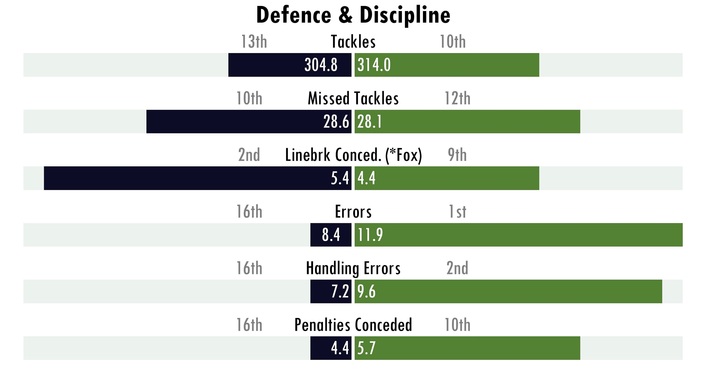 We all know the Eels are like Sybil, so that they can play like crap to succumb to the otherwise pathetic Dogs, and then play brilliant attacking football to run the Chooks ragged. Before shutting up shop, in that same Chooks game, where Panthers or Storm might have gone on to make a cricket score.  Mostly, the Eels finish within 10 points of their opposition, win or lose; and in a minority of cases, they win or lose big.

How did Phil break the cycle? Phil’s love interest is his producer Rita Hanson (Andie MacDowell). Once Phil realizes he is repeating the same day over and over again, he goes through a cycle. First of moral abandonment, like punching his old classmate or driving on train tracks; converting hopelessness into fun. Then of depression, like leaping out of windows or stepping in the way of trucks; converting despair into self-destruction. But then he thinks maybe his own personal groundhog day is a chance to romance Rita. It does not go well for some time, until he learns to listen. Has Phil changed? Not really, because part of the point of Groundhog Day is to ask about whether we can change unless we want to be better? Late in the movie Phil thus says to Rita “when you stand in the snow, you look like an angel”. It is not clear that Phil loves Rita, only that he is now capable of seeing the angel; that is, capable of being a little less cynical, a little more capable of seeing the bigger picture around himself. Phil has not really changed; he has just become a better version of himself. Maybe that’s the path forward for the Eels as well? Maybe they cannot reinvent themselves, but instead, just become a better version of themselves, attacking in scintillating and adventurous fashion but also being prepared to be patient in defense? Hopefully within the one game. Go Eels. "If prefer him as head coach over BA. Hopefully BA gets the sack and Barrett can be caretaker coach next year. Win a premiership and throw the Winfield Cup at Pig Dog Gould's face."

"If there is any risk they should wait another week. Why would the idiots risk reinjury over a game we should win without him. Ohhh coz maybe they coach is getting the nervous wee wees. Honestly iid almost rather PRick stuart at this point. Almost…"

"Why the usual  rubbish sledge? Is it because he pointed out a fact? Amazing how many people want to ignore facts around here and have a go at the people posting them!!!!
Frank, who would you like hired as an Assistant that would please you? I mean…"
More…
Loading ...