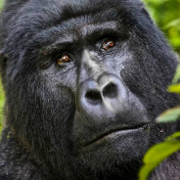 Dylan Brown will test the market

He’s in no rush to re-sign with the Eels.

TOOT TOOT! All aboard the Shaun LANE TRAIN!

The real locomotive has arrived, the Lane Train. All aboard now because it stops at no stations.

I backed him as a very good acquisition during the off season and nothings changed, im backing him to gain cult status with us if he can k

Which teams in Sydney would need to relocate ?

Coaching at Parra, a philosophical discussion

There is a similar blog on this already but I thought I would comment on it at a more philosophical level, rather than a series of judgements.

Like most things involving management, people that know nothing about it become the most boisterous.

Surely they should leave the backline as much as is as possible and put a direct replacement for Jennings into centre.

That probably rules out French. Hoffman was the last reserve back standing last week and is probably the safest choice, especially i

Parramatta’s Michael Jennings is set to miss his side’s NRL clash with Canterbury after being charged for an ugly high shot on Isaah Yeo.

2 Fergo - shows why he’s the best in the business

1 Moses - two try savers on the line and led the team around.

One thing today could have cost us dearly.....i.e. not taking the points with kicks at goal from right in front.

To me it is a basic to take the points especially on a wet day, but those decisions could be so costly, when we led 14/12 and received the

Title says it all, stood down for bad behaviour on a flight. Turvey and the Old School

For those of you who remember me, the ad hominem of "Social Justice Warrior" is a cap that doesn't fit well on my bald head; however, I do consider myself to be an advocate of social justice.

Around mid 2015, I was browsing YouTube in a fashion as to 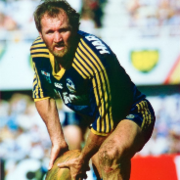