a coach has more than one child coming through the junior ranks ....... we have seen coaches with one like Cleary or Flanagan

what about two 🤔what processes are in pl

Anyone heard what the title says?

Would be a massive loss, prefer them to take Paulo.

Will Smith to Titans & Nick Cotric to Eels

If I ask the most basic audio Question, "What part of your body do you use to hear with", most would deem it a silly question. Ears!!! Well, you are wrong. The specialised hairs lining our ears convert The frequency of sound waves, and their amplitud

‘Sack them all’: Explosive letter rips into Eels

The Parramatta board has been served a vote of no confidence in a letter endorsed by two club legends which accuses it of ‘failing its supporters, members and pla

Such a sad demise

What about this , are we the unluckiest club in modern times to lose a GF ?

I wasn't aware of this information , how many top shelf players could you retain for $454K in 1999 ? 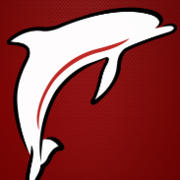 What a great day, with the announcement of the mighty dolphins being named as the league's 17th team. I've been a eels supporter since a young fella but have been living in the Morton bay region since 2010. They have been my Q cup team since moving u 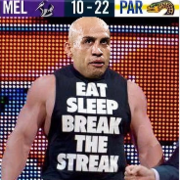 The RitalinKids at NRL HQ, those entrusted with the stewardship of our game, have shown too many times that they cannot be trusted with it. With Lussick heading to

Sombody mentioned Jayden Berrell in a post sometime back when there was discussion about support for Reed Mahoney.  Interesting article today ... seems he's still without a club.  There might be a good deal to be had here.

"Fuck ur the dumbest dope on this site , I swear ur related to bushy you defend one of the worst coaches who's done sweet f all for parra , ur probably sooo excited he's got another 2 years yep he won't win shit an his son is useless "

"Spot on, but that's your opinion so I'll respect it."

"A baseless, uninformed statement is not an opinion."
More…
Loading ...

Such a sad demise

What about this , are we the unluckiest club in modern times to lose a GF ?