This article in the Daily Telegraph today :

Charge sheet is in

Sivo will miss 1 week with an early plea

Best Buy of the year in the NRL

Isaiah Papali’i was told in no uncertain terms last year that his time at the Warriors was over. Struggling to make an impact, the club began to look to offload him like a few important carries he should have made during the season. But that’s not to

The Parramatta Eels have a fight on their hands from the Dragons over the services of reborn back-rower Bryce Cartwright.

Late mail: The Eels are sweating on a decision on Origin squad member Reed Mahoney. The form hooker was named for Parramatta on Tuesday under the assumption he would be released by Queensland, who named him 19th man. But the injury to Maroons fullbac 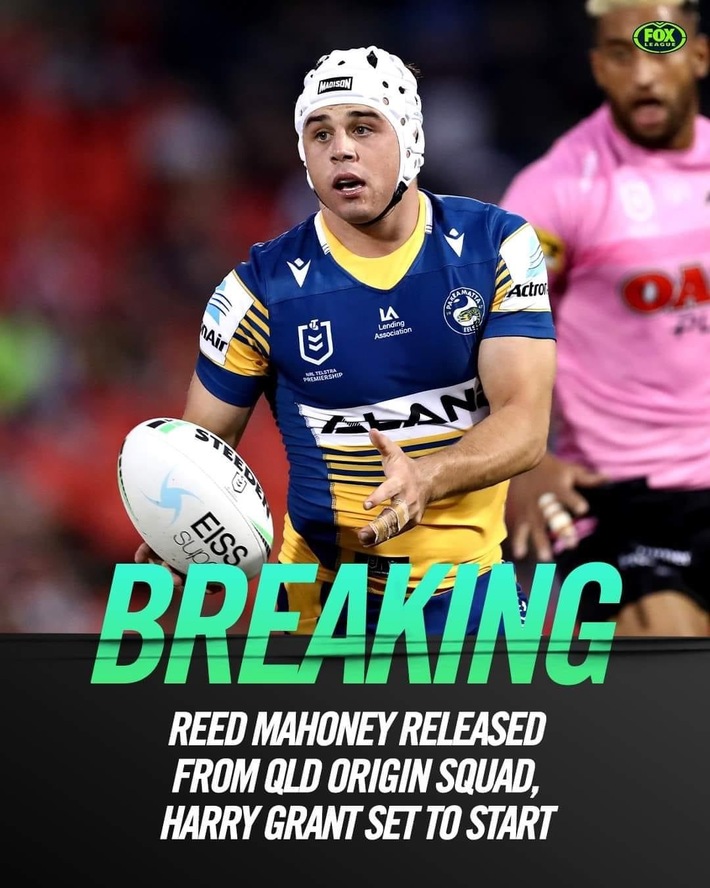 NRL charges are out - Devastating News!!!

So charges for yesterday are in. RCG early guilty plea 1 week, & Waqa Blake is free too play coping 2 sets of fines.

Ball is in BA's court this week with the team list. Souths left edge will kill us if waqa is named.

Where the Fcuk is Moses?

Is Moses playing? I only see him handing off the pass. Or is it the case he's signed a new contract now he won't perform? FMD lead the team.

Could Eels add Makatoa to the Top 30

Brad Arthur’s side is one of the most settled in the competition. But should injuries pop up — or players get plucked for Origin — Arthur may consider one very impressive players in his NSW Cup side. Keep an eye out for 18-year-ol

BA and JA embrace in sheds