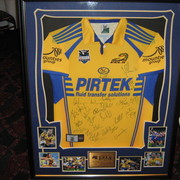 Once again David Gower showed a lot of class in the match against Souths last night as he did in the nines, I would have him in the 17 ahead of Ryan Matterson.Last night I was impressed with the go forward of Kane Evans and Penne Terrepo. Hopefully b

Former Dragons speedster Jai Field was a surprise addition to the Parramatta Eels team sheet for their Friday night trial against the Rabbitohs, handed a train-and-trial chance after hopes of joining Leeds encountered turbulence.With originally-named 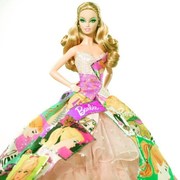 Parramatta was devastated at the nines loss. BA says that's a good thing.

Mitchell Moses was slumped on the turf in despair after Parramatta lost their Nines semi-final. Here’s why Brad Arthur was loving it.

IT was a moment that captured the passion that will be driving Parramatta’s premiership charge in 2020.

Who is our MONGREL and will he emerge this year or is he still growing in the Ranks?

This team is better balanced than any we have had for a damn long time.....its the most authoritive forward pack I can remember.....although arguably we still lack a "mongrel".

The Parramatta Eels will face the South Sydney Rabbitohs at Ringrose Park, Wentworthville this Friday night (21 February) in a pre-season trial clash ahead of the 2020 NRL season.

Reports are that Lodge could miss the season with an ACL tear at training today.Broncos have enough quality forwards to cover for him , even with the departure of Gillet.or do they?Who cares? Not Parra related? Well that brings me to Parras Front row Rugby league Immortal Andrew Johns' new role at the Parramatta Eels as a halves coach is expected to reap massive rewards for the club in 2020 - and now he has revealed how the pair can improve.

Banner change prior to season kick-off???

Started by Tad "living in a world of spin"

Its Nice to have someone with NOUNCE running the show.... Don't ask and you won't receive

A Game of Golf and why you can't trust a woman's politics if she is 15 minutes late, whether Right or Left.......This is for you Carlo

Started by Poppa in Humour