So there has been alot of noise from the Raiders v Warriors game yesterday. Ricky has had another blow up in the presser, and a point that I found interesting out of this was the sin binning of Wighton for being deliberately offside, according to the ref. I'm no expert on the play-the-ball and ruck rules, so I've done a bit of research this morning, and as much as it pains me to say it, I think Ricky was justified in blowing up about this particular incident.

Here is what I have found for play-the-ball rules. The is from genral rugby league rules:

And this is from the NRL rules:

And here is an image showing Wighton at the time the ball is played: 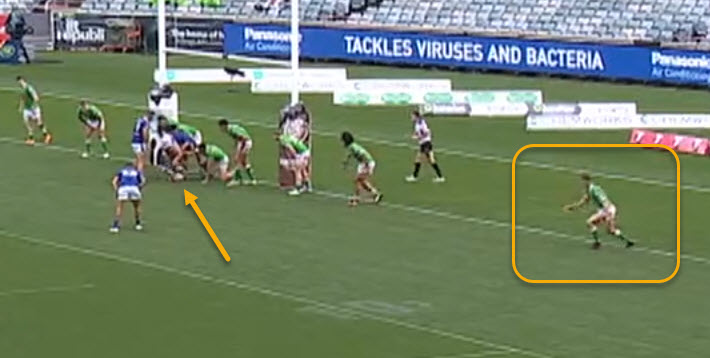 From this point he sprints out of the line, so he would appear to be offside, but that is because the rest of his team move slowly off the line.

The ball was in play, Wighton made it back to his own goal line, and he didn't appear to leave early, so I don't think he did anything wrong here. Note the position of the ref in relation to the play-the-ball and Wighton. There is no way he can have any idea where Wighton is at the time the ball is played. He follows the ball after it is played, and the next time he sees Wighton he is out past the 10m line when the ball has been passed to the right side of the ruck, while the rest of his team have advanced about 4 or 5 metres:

Only natural that he concludes that Wighton must have been offisde, albeit in this case it just appears he is wrong.

What does everyone think?

"Colin, to start with never listen to anything from Zero Tackle or Chanel 7
No reference was made about Kotoni Staggs and Brisbane paying freight.
The reality is that is all garbage talk about the Broncs, we live up here and put up with it every…"

"If you think those numbers are true your a silly as the Muppett that said we could get Staggs for 350 with Broncs paying freight."
"Looked after in draw..hahaha. Try Penriff being looked after, played storm round 6, then the only top 4 side they met after that was us in round 18."

"Fully Fit!!!??? yes but that wont be until mid year at best or later.
As for the aspect of the mules wanting to get rid of him, what was I wrote and base what I said on?
Broncos allowing forward to speak with NRL rivals
Brisbane are set for a…"
More…
Loading ... 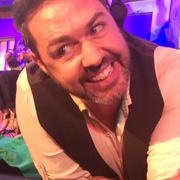