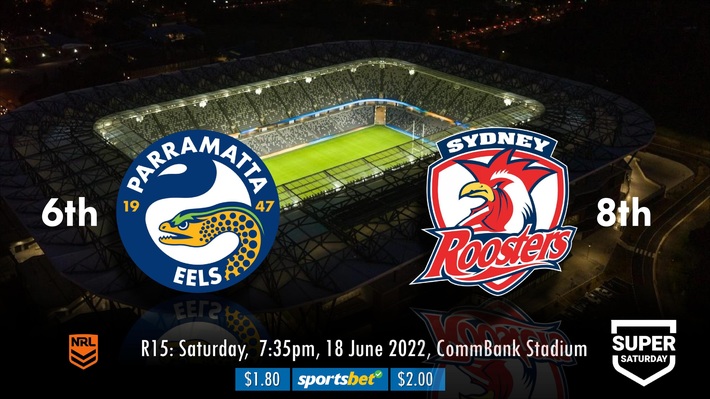 After being gutted and smoked head-to-toe by the then last-placed Bulldogs on Monday, the Eels need to desperately resurrect themselves from the ashes or risk being buried deeper into their season's burial tomb. But, how deep are our scars and underlying issues?

This week, we face the equally desperate Roosters who will fall out of the eight if they lose. They won't accept a loss under any circumstances and will be worked up into a lather to inflict more pain. On us.

Since the Roosters beat us 31-24 in round 10, they have lost 3 from the last 4 despite putting up a courageous fight against the Storm last week. On the other hand since then, we won two close games against Manly and the Raiders before our slaughtering at the paws of Monday's rabid-Dogs. Both teams need a win to stay anywhere near the top four. For confidence, and to stem the arterial bleeding of losing habits.

The scene is set for a dangerous, explosive battle.

Arthur has given all but one of his troops another week to redeem themselves after last week's public humiliation.

Daniel Tupou has scored 10 tries from 13 games. Joseph Suaalii also scored two tries against us in round 10. Between them that's 12 tries in 13 games. It will be interesting to see how many tries and aerial raids to these giants the Roosters can manage.

In Prof. Daz's preview last week he did warn of the capabilities of Hannibal's Dogs Of War. To wipe their rear ends all over us. And they did. And much more. But, when they came to the battlefield, expecting to ambush the Great Roman-Eels' army in an Almighty Battle they were transported to mid-1945.

Boom, Boom, Boom. Here, they met the mighty growls of the great Brazilian-Eels' Bahia warship. A few growls later it sinks in a trail of black volcanic smoke. Somehow, the Eels' Bahia warship accidentally blasted itself to pieces when it inadvertently miscued its gunners and hit its own stern. Sinking within minutes. Much like our bumbling early minutes against the Dogs on Monday. Only a few of the smoked Eels' crew survived. And even fewer were found alive days later in life rafts; drifting off somewhere in the Atlantic. Sybil's evil smile was first on and off the life rafts in one of the greatest acts of self-sabotage you could ever hope for.

And so is the story of the smoked Eels. They sunk themselves. Probably pre-game, actually. And the Dogs Of War and all the tribes in the land danced and partied all night long, feasting on smoked Eels.

It's not without trying. The gunners went off, just in the wrong direction. Intercept tries. No kick chase pressure. No pressure on the kicker. Burton had aeons of time to use the fastest man in the game. The Dogs seemed to beat the Eels to the fundamentals, winning most of the critical moments. The Eels showed up, but the Dogs were there for War and deserved to win.

But it must also be noted that pretty much all their points, 28 of their 34 points (all bar six points, with Kiraz's try), came off three Burton kicks and two intercepts. The footy Gods must be scratching their heads. This could possibly in part explain the bizarre stats from Dogs v Eels game. It betrays the eye-test in which the woeful Eels lost six tries to one.

Giving away penalties against the Eels isn't always too much of a problem, as when you in our face all game long, we can get flustered and implode. Like a soft, marshmallow souffle. It works often enough. At least the stats on last week's Roosters' 18-26 loss against the Storm make more sense.

Actually, the Roosters were brave in defeat losing Keary for most of the game (from 29'), as well as Walker spending some time on the sideline during the game for an HIA. In recent times over the last decade, the Chook is our worst nemesis. Well, other than ourselves. Over the last nine years, since 2014, the Eels have the worst record against the Roosters than any other club winning only 3 from 11 (27%).

Now for the good news. Every one of those three wins was at home.

Arthur's Eels have won 3 of the last 4 against the Roosters at Commbank Stadium. As mentioned in the round 10 preview it's been fourteen years (2008) since the Eels beat the Roosters anywhere else. 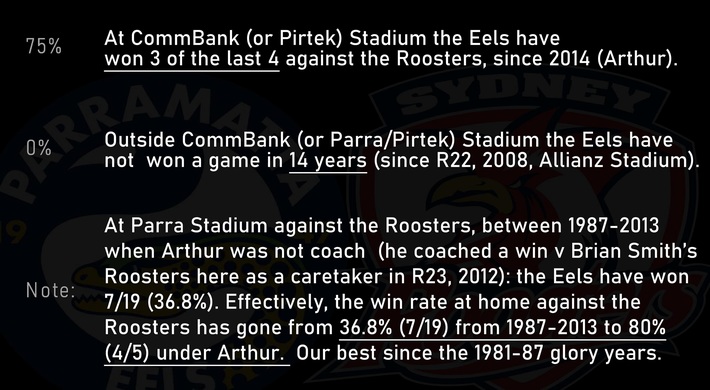 Indeed, our gut-wrenching defeats to the then last-placed Tigers and Dogs have been on Monday 4pm time-slots. Perhaps it's a case of Mondayitis. You still get paid either way, right, even if you don't feel like coming to work, especially after a holiday. It shouldn't make a difference, right? Or perhaps, it being like a well-paid job is the heart of some of our problems? Clock on. Clock off. A sickie when you're not having a sickie. Of course, we're all professionals and have never been like that. Not unless justified, right?

Moses at least was straight enough to admit Black-Dog Monday was an "attitude" issue - a mental issue - from the time he left the field and expressed the exact same sentiments in an immediate after-game Foxsport interview. Yep, he's also right in this interview: we have to "move on" from it; and from many others.

Somehow, Reed instantly dismissed his senior general's findings claiming there were no attitude issues involved in Monday's embarrassing humiliation to the worst performing team over numerous years. Maybe, he actually thinks the problems lie somewhere or with someone else. Moses once joked Reed would be the first he votes off the island. One might wonder if there wasn't something more to it. Whatever the case, Reed has regressed from 2021 and hasn't been a very proactive part of the solution - to date.

So much for Moses' Tonto.

Firstly, we concede 22.08ppg. The worst defence of all top-8 teams. It's not premiership material and NRL history shows under 20ppg is the benchmark a team needs to be working at. Also, Monday marks our second blowout loss of 30-point-or-more-point margin. At the round 14 mark.

No NRL premier other than the 2001 Knights team has conceded two blowout losses in a season. But, it's important to note that in the 21 games that Andrew Johns played in their team there was only one blowout loss (34) in round five. There was no Johns-led blowouts after round five. So, really we're worse than the 2001 Knights were. Without Johns they lost 6 from 8. We shouldn't have blowouts when our key spine players and leaders aren't missing. It's cause is cause for concern. At least that's what the last 24 years says. Seems more like commonsense to me, and it tells you how far we have yet to go. It's not a surprise there have been many leadership blogs on our site this week. But, there is something more to it. More, later.

Monday's 30-point blowout loss to the Dogs was the biggest margin in ten years since Stephen Kearney's 2012 wooden-spoon days. It's also Arthur’s 15th blowout loss of 30 points-or-more-margin in his nine-year tenure (including one blowout in 2012). Can we bounce back from a heavy loss? Recent history during Arthur's reign suggests we could very well bounce back. Under Athur's reign, unsurprisingly, we have a tale of opposites; the first six years versus the last three years:

Saturday night, we have an explosive encounter with both gunning for their season's survival. Both teams are at the crossroads. Both should bounce back. Expect fireworks.

The Roosters will no doubt come out firing looking to ambush us just like the Dogs did. They will be confident, following the Dog's simple formula for beating us with more artillery and aerial raids. Play high-octane footy in our faces and wait for us to implode.

The Eels should fight fire with fire; gunning in the right direction this time (fingers crossed). And what of our scars and confidence? Could Black-Dog Monday be a blessing in disguise? The unwanted, unexpected kick in the rear-end we need. Having experts put red lines through us might be a useful motivator. Get us real for once. It's also not as if blowing our trumpets with high-praise favouritism on potential does us many favours anyway.

For us, there seem to be three scenarios that may play out for the rest of the year.

One, we may implode even further into the abyss. Lose touch with the top four and fight to stay in the eight. Capsize, sink and end up on Gilligan's Island. Look at the road ahead. Souths next week and again later. Souths will be counting on us to get them into form after being whack-a-moled by the Saints. We also have the likes of Manly, Storm, Panthers, Broncos, and our Monday butchers - the Tigers and Dogs for atonement. A mix of the best, the desperate, and the ugly. The rough waters ahead don't get any easier.

Two, we may stabilize the ship on the surface without doing any real internal work. Stability has been our keynote as a club, after all in recent times, In recovery from a black hole. Put it down to a a bad day or two at the office, like Reed suggested. Hence, repeating past habits with Sybil, Dr Jeckyll, Mr Hyde and the rest of the Bahia crew. More of the same. And ultimately get bundled out of the finals. Rinse. Repeat. The last four years. Because whatever we have been doing, it ain't working. We struggle to put two intense halves of footy together.

Three, do some real internal soul-searching. Admit to our demons. A few days drifting out on a life raft in the middle of nowhere can do that. To look inside at what is it this team really wants to achieve this year. And be prepared to tough it out, mentally and physically. Fight like men-possessed to win the critical moments. Much will rest with the spine, and the senior leaders. But, are they lone rangers without Tontos? Do we have the mature and wise leaders above them to show them the way to get there, as well as the leaders within the troops to fight in the trenches? At times Moses was trying to do it alone last week without much else going for him, and even he caught the highly contagious implosion virus that spread through the Bahia. Sure Arthur went off and had the video session from hell, but that won't be enough. Something deeper and internal is needed. They're all in it together, and won't get out alive, alone.

This week will give us some clues on where our talented but vulnerable ship is sailing. The Road ahead will show us a lot about ourselves. 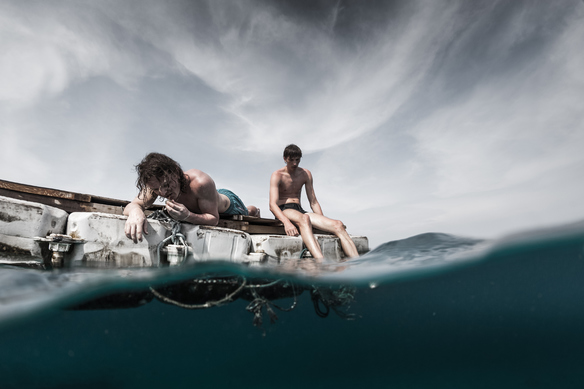 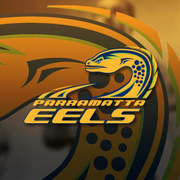 "I wouldn't have signed him for 5 years like the Dogs did. He is unproven but might turn out to be good like Fitzgibbon has. The point with Barrett is he has coached twice in first grade and failed to the point where the coaches who came in after him…"

"Anybody would have been a successful assistant at the panthers, Barrett was built up by people like Gould who stated he would be an awesome 1st grade coach, it was all BS.
Barratt has no runs on the board at anything." "Fair dinkum... soon we'll have every ex-player in some capacity on the coaching staff. What do they all do? Biggest laugh I got:
Parramatta Eels Head Coach Brad Arthur said, “Trent has a wealth of football experience which he has harnessed over…"