some questions to ask?

How do people see Jai Field's performance....... I felt he went ok, potentially a liability in a defensive sense but likely to improve with the confidence behind him. I thought Guth could have let him have that last penalty attempt to just give him t 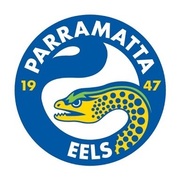 I think the team is as balanced and strong across the park as we have seen since the 80s. But to win a comp I think you need to look at the team objectively and identify areas of weakness and areas that con be improved.

For me there's 1 major weakness

Fun game to watch and pretty cruisy after a real tough month of footy. Our defence remained committed which was very pleasing, but our right side is still a cause for concern.

I warned against re-signing him last year, his place in the 30 is totally wasted, he is without a doubt the most unfit player on the park, so unfit that Guth has resorted to pushing him into his correct defence position, plus poor handling, its a jok

Late one. Been busy!

Let's see how Jai Field goes, should be interesting.

Taumalolo obviously the threat and Maguire.

Can't wait to see how Dylan goes without Mitch and having a combination with a different play maker.

It’s been 39 years since the Eels broke their inaugural premiership drought in 1981.

Teams had come close before. In 1976 they fell to Manly, in 1977 they lost to St George in a grand final replay.

1981 marked 34 years without a Premiership for the p

Are there more potential sponsorship coming to parra this year. And were can we place companies on the jersey.

Rumour has it that we've been docked two points

Rumour has it that we've been docked two points for having 14 on the fiel. Moses apparently walked on the field when he walked off. NRL ladder has us on 10 points “If you have everything under control, you’re not moving fast enough,” said racing Legend Mario Andretti.

Last Saturday night, we had everything under control, at 24-12, with barely five minutes left. Many of us felt an air of fate, having a cigar wit

just watched his second beat box warm up
How funny, confident and charismatic is this kid

can someone explain to me how the rotters are under the salary cap????????

According to Senior reporter Phil 'Buzz' Rothfield told Big Sports Breakfast on Monday morning that the Roosters are in fact $400,000 under the salary cap for this season.

"Manly will come out and try to play tough, big Marty trying to dominate our forwards, and Des will have them playing safe in attack. They bombed a few trys and some silly offloads last week..
I still think Parra will put a few points on them. Agains…"

"To go one step further with this, look for a bookie that is offering a promo for money back if you get one leg wrong on a sports multi. Then you get something back if one of the short priced favourites should lose.
And remember, gamble responsibly.…"

"Here is an idea Poppa. If you are certain about roosters and storm both winning, use the rabbits v knights as your third leg. They are both paying about $1.90, so a $10 outlay on each multi would give you a pay of about $24.50, thus a 20% return reg…"
More…
Loading ... 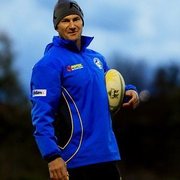 Started by King Arthur in NRL