Manu Ma'u arrived in the NRL with few words and one hell of a backstory.

He announced his looming exit to teammates in similar fashion.

Understated, yet held in rare esteem by all who have defended beside him since 2014, feared like few others among those that have run at him.

"It was after a training session, Tepai [Moeroa] had all the boys around, he'd called them together to speak about how he was leaving to join the Waratahs," Ma'u begins.

"It went well though. It was tough but it has to be done and everyone's really supportive."

Ma'u has five regular-season games and a likely finals series left with the Eels before joining English outfit Hull FC next year.

With eight Tests for Tonga after another six for New Zealand, Ma'u was in talks with Parramatta earlier this year.

Saturday's opponents Newcastle were also among several clubs to express interest in him beyond 2019, before Hull came calling with an offer beyond anything Ma'u has seen in his career.

Coach Brad Arthur understanding immediately when Ma'u spent 30 minutes working up the nerve to tell him at deserted TIO Stadium in Darwin, long after Parramatta's 22-16 in over Canberra in late June.

"It was a good opportunity, the offer and the chance with Hull is too good to say no," Ma'u says.

"Security-wise too, it's two years with an option and I'm 31 next month.

"It was too good to pass up and I was real nervous trying to figure out how to tell BA.

"He's got a family of his own though, so he understood straight away.

"He's been my only coach in the NRL. He's straight up and down and just tells me how it is, always has and that's so good.

"I love that. He tells me what to do and how to do my job, it's been really good for me.

"If I get the shits too and have played a bad game or whatever BA looks after me.

"He reminds me it's just a game. It is just footy because I can take it too seriously sometimes."

With over 100 games in blue and gold, Ma'u's time at Parramatta is seriously worth celebrating given his oft-told tale.

Two years spent in prison for his part in a gang brawl in Auckland, followed by work as a painter, labourer and ditch digger, visas to travel to Australia denied due to his criminal history.

The Eels' bid to get him in the country and on a cut-price contract took over a year of red-tape wrangling with the Immigration Department. 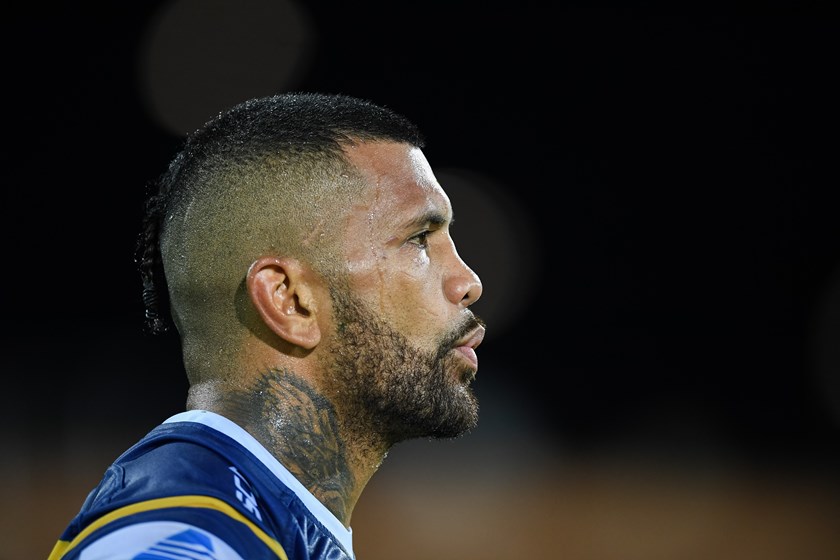 Their reward has been one of the game's most feared enforcers, a truly treasured clubman now with a legacy that trumps that famed backstory.

"Parramatta means so much to me," Ma'u says.

"This club has changed my life, saved it in some ways. I'm forever in debt to the club and BA, his staff and my support network back in NZ, as well as my family, my wife and kids.

"Knowing it's my last year, it's going to be emotional, but I'm going to play every game like it's my last and see how far it can go."

"This has been a good discussion and thanks for starting the blog. I know others disagree with my viewpoint on Smith and the Storm but thats the good thing about this forum and being in a democracy."

Is This a Rumour or Has It Got Legs.