If defence wins premierships the Eels have started 2020 on the right foot, setting a new defensive milestone for the NRL era.

With just two tries conceded through three games and 14 points in total, the Eels are the most frugal team after three games in the NRL era.

The last team to concede fewer than points through three rounds was the Bulldogs back in 1989 with just eight points. This year's Raiders have equalled the previous best mark of 18, set by the 1999 Sharks.

It is worth noting that two of Parramatta's three opponents so far this season, Canterbury and Titans, have struggled to score points in general. However, last Thursday's opponents, Brisbane, had scored 50 points in their opening two wins. While the eye-catching Eels also lead the NRL for points scored after three rounds with 88, it's the defence players are more proud of.

"If you want to be a top four team you have to be one of the best defensive teams," said centre Michael Jennings.

"The top teams have the best defensive structures. We want to pride out game based on defence. We can score tries, we have the talent but if we can be up with the top teams in our defence we can go a long way in the comp."

Back-rower Shaun Lane said it felt as though the team had turned over a new leaf defensively this year – though cautioned the challenge would get tougher against Manly this weekend.

"If you look at how we played last year and the whole identity of this team, whenever we play a good game it all comes off the back of a good defensive effort and being tough and one of the most intimidating defensive teams in the league," Lane said.

"We really pride ourselves on doing that and being consistent with doing that each week. That's going to be the difference between us winning more games this year and giving it a good crack rather than making up the places in the top eight."

Young playmaker Dylan Brown has been an important cog in the Eels' defence.

The teenage playmaker would usually be a target but with help from Lane, Brown has ensured the Eels' left edge has not leaked points.

"Everyone can attack but defence is something we pride ourselves on," Brown said.

"For us to defend and we only have two tries against us in the last three rounds ... is pretty pleasing.

"Defence is an attitude thing, we just love it. We feel like everyone can defend in our team, it's not just the boys in the middle."

Brown's overall game is coming along in leaps and bounds, with the 19-year-old shouldering more of the playmaking responsibility from senior half Mitch Moses in the Broncos game.

"I felt we were improving a lot towards the end of last year, Dylan obviously had that back injury where he sat out the middle portion of the season so we missed development of that combo for a  while but towards the back end of the year. It got better and we've had a full preseason to work on everything," Lane said.

"Dylan is maturing a lot as a player and growing each day and each session; he's only going to get better and it's up to me to help his development and be alongside him and let him create whatever he creates and try and take advantage of that.

"He's quite confident in himself but he's also such a nice kid and selfless, sometimes I think he's struggled to be as demanding as what is required of him sometimes.

"He's only young, that’s what happens with young blokes, they're a bit indecisive sometimes but we're all around Dylan and know he has the full ability to be a start at this level, you can see that confidence grow each game and he's stepping up and demanding the ball without hesitation and taking on the line and you can really see it in the way he's running and attacking with the ball."

"Are you saying Snakes dad went in him for a minute then back out?
Not cool dude." 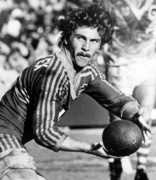 "Yeah he was a panther before as well lol"

"Not panther, he a bulldog now, hence the sex scandal. "

"Well this will be a good test then
A game we 49/50 would lose. Let's hope BA drills that into them. For some reason I feel fairly confident even though we traditionally struggle against Newie. We will see I guess."
More…
Loading ... 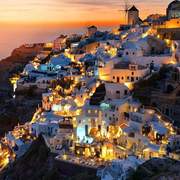 Started by Blue and gold 4ever