So there has been recent backlash over Australian test captian Pat Cummins who has recently advocated heavily for action on climate change. With people commenting that he says we need to limit our carbon footprint when he just placed $10 million on refirbishing his Victorian home, no solar panels either. Now this is not uncommon, in Australia maybe a little bit, but around the world particularly not. Athletes and Celebrities have decided to use their fame and stardom to deliver their points of view. Now it is human nature for people to express what they believe in, with these people having a wider scope of people who listen to them then of course they will speak up.

However, does it mean they should? Look in USA, when the George Floyd incident happened. MLB, NBA and NFL particularly took a stand against what was happening. Now i will not get into my views on that scenario as there will be hate no matter what side i take on it but i do behind the scenes have very strong views of how it represented in the media and brought upon in our lives. Anyway, sport which became our escape, the thing we looked forward to, the thing during this pandemic when jobs were lost, could not see loved ones and people were stuck in their homes sports were what kept alot of us sane. It is an escape from the real world, but when that escape then preaches what is happening in the real world to us then you begin to feel what is the point. Now, thankfully, sports in Australia are nowhere near what they are in terms of around the world on their social commentary. But with Pat Cummins speaking up and having the test team following his voice, does this change the tide in terms of the impact sports think they have on the country, the world and our lives?

Now i believe celebs, athletes, corporations and sports in general should shy away from their social commentary. Yes we live in a free speech society, though when people look upon these people as an escape on the world that they feel is perhaps falling apart, and those they look up to continue that narrative, it disheartens those who are looking for hope. The thing is too, celebs have been preaching for decades, yet they are still preaching, what does it tell you? the message is not getting through? well perhaps. Us everyday people love celebs (including athletes in that category), but when it comes to telling us what to do, we simply look the other way saying "well you are not like us, you have more money, access to a wider voice and connections to make massive changes". Look at Hilary Clinton in the 2016 US Election, what did she do to gather votes? bring up LeBron James and other celebs who have her support. What did Trump do? connect with middle America, promising to bring businesses and jobs back to America. Now not saying that was the main purpose of his election win but it helped, middle class people like to hear from people just like them. Not saying this talk should not be done at all, if people want to hear it they can on youtube or wherever it is around and people can access it, free speech means anything other than violence can be said freely, im fine with that. let those platforms do it not sports.

Also, i will preface, it could be bias what i am saying as i am right leaning in political ideologies, though do we all think this could become the norm in Australian sports? if it is would we like it? depends on how much they shove down our throats. The way people have acted over the women's game shows how other social commentary would go. Though i will say i understand why they do it, social commentary does not belong in sports as much as what it does, as what sports have become as an escape from what we hear in the news everyday, it should stay that way. Not saying not social commentary at all, but do not have it everywhere.

"then change the training. He lashed out twice with his boot. Rub it out of the game. Scrap for how much you run in yardage not for how many kicks you can get in." 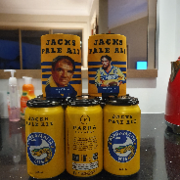 "Article written by the same guy that bullied his workmate on the radio until he quit.
Same guy that thinks ricky just needs a fine and that will teach him but was fined so many times for drink driving they eventually had to suspend his license just…"
"Pass to Sivo and hope for the best. "

"He grew up in NZ as a rugby union player, why would've he'd heard of Brett Kenny, or any other Eels player from 30 years ago ?
Do you think Sam Walker had ever heard of or knew much about Russell Fairfax or Latrell Mitchell had ever heard of Eric…"

"Spot on.
There is no way in hell Simonsson would have scored that try on Friday. He wouldn't have even caught the pass from JA.
Opacic as a far better centre than Blake to."

"Don't worry he will be back.
Probably just taking a break......if I were him I'd come out post like nothing happened. Stuff em."

"No, players are trained to scrap for every inch. Quick play the calls are the holy grail to success. He wasn't kicking out, he was attempting to get the tacklers off him. "

"No, you're hearing someone who agrees with you, not the same thing. "

"I think we all kinda feel the same.
Only a Eels fans with rocks in their heads would allow themselves to believe anything other than dissapointment is around the corner"

"Simms was forceful contact to the head but no swinging arm sin bin and suspension is fair.
The kicking out in ruck happens all the time and is a result of the slowing down at the ruck.
That been said I wish they still threw punches "
More…
Loading ...