Some days you wake up and make the mistake of reading the news. And then the thought crosses your mind that maybe the human race ‘peaked’ with the Moon landing in 1969. That was the apex of our ability to accomplish complicated things. It’s all been downhill since.

Not everyone might think that way. After all, today seems pretty amazing, if you measure it by the quantity and quality of our gadgets. Our mobile phones, for example, would probably blow away NASA engineers from the Apollo missions. The devices would seem almost magical to someone living just 50 years ago.

But did you know the lights went out in Lebanon this week? All of them. Everywhere. And it was the second time this month it’s happened. The country’s two main power companies ran out of fuel.

The army saved the day eventually, delivering 160,000 gallons of fuel to get the plants running. But you have to wonder, at least I wonder, if the world is too complex and interconnected now to survive major disruptions. Complexity can make a system more fragile. Soaring energy prices, clogged ports worldwide…yes…it’s all looking very fragile.

In Europe, benchmark natural gas prices are up 500% this year. Regulators in France, Spain, and Italy have intervened to cap retail electricity prices. They’ve also removed some charges paid by small- and medium-sized businesses that were earmarked to subsidise renewable energy. A long, cold winter approaches, and Europe finds itself with too little gas set aside in reserve.

To be fair, no one in Australia is probably going to Europe anytime soon. It’s Europe’s problem. And if you’re reading this from Australia, you can’t leave the country yet anyway. And summer is coming in the Southern Hemisphere. Let the Europeans shiver in the dark, right?

But the energy ‘crisis’ is a worldwide affair now. Why? Two reasons. First, rising gas prices are having knock-on effects for coal and oil. Those old fossil fuel standbys are rising in price too, whether you’re in Europe or not. Global energy markets — including pipelines, LNG terminals, and ships that carry LNG — are interconnected and interdependent.

For example, China may have to ‘unpunish’ Australian coal producers. Earlier this year, China cut off imports of Australian thermal coal as a way to punish Australia for its support of an investigation into the origins of the Wuhan virus (hint: it came from a Chinese lab in Wuhan). Now, faced with slower GDP growth from the forced deleveraging in the real estate sector (Evergrande), reduced electricity output threatens to slow down Chinese factory productivity (and perhaps drive export prices higher). Expect China to import more Aussie coal to fill the gap.

The second reason that the energy ‘crisis’ is global is that people have begun to realise the so-called ‘energy transition’ — where we move to a net-zero world of carbon emissions and everything is clean and electric — is a big, fat fraud. The dawn of this fantasy world is neither imminent nor inevitable.

And if it does happen, and even if you stipulate it’s a desirable outcome, it will take decades — not years — to ‘transition’ from fossil fuels to renewables. Many industries will be caught off guard dealing with unintended consequences and problems. What do I mean?

Take electric vehicles. If you have a Chevy Bolt — Chevrolet’s flagship EV — you’ve been told by the manufacturer not to park it within 50 feet of other cars in a parking garage. Park it on the top floor if you can.

And try not to park your Bolt close to anything that you value which could catch fire. This is all according to guidance sent out by GM earlier this week in response to 12 confirmed battery fires in the company’s EVs. GM had already issued a recall of 141,000 vehicles to fix the problem.

The good news? After a bitter and brutal decade, energy stocks on the S&P 500 are off to a ripper this year. The second is outperforming both the broader index and even the tech sector. See the chart below:

Energy is our ‘Trade of the Decade’ at The Bonner-Denning Letter. If we’re right, you’ll see a renaissance in ‘old economy’ industrial stocks and energy companies. They’ve been starved of capital by fund managers and analysts who’ve bought into the hype about the energy transition. Now, when we need it most, we find you can’t flick on the supply of energy like a light switch.

It takes years of finding resources. It takes billions in exploration budgets and then capital investment to bring those resources to the market. It doesn’t just happen. And when it doesn’t happen, the lights go out.

Not that the lights will go out in Sydney anytime soon. Australia has abundant energy resources. But don’t put it past the country’s politicians to inflict some economic self-harm by committing to stupid and unattainable emissions goals. Why on Earth would they do that?

First of all, they’re stupid. That applies to all of them generally, regardless of the particular policy. But secondly, at some point, there’s going to be a pivot from the COVID emergency to the ‘climate emergency’. A fully-vaccinated country with freshly opened international borders can’t be kept in permanent fear of the virus.

But — and here’s the important thing — all the same measures taken to control, intimidate, and bully you because of the pandemic can ALSO be used against you because of a ‘climate emergency’.

Restrictions on travel (carbon emissions), on the food you can eat (measured by the carbon it takes to produce that food), and even on how much money you can spend (credit cards and central bank digital currencies where your spending is capped based on your carbon output)…all of these things are on the table for the control freaks and sociopaths who brought you 18 months of lockdowns, public health orders (instead of laws), and numerous mandates of questionable legal validity.

Yeah, there are some days where you can imagine the world would be better off if Facebook crashed and never came back. A world without the constant scream machine of social media would be quieter, more civil, and better informed. That’s why we’ve recommended you delete your social media to improve your quality of life (and the quality of your thoughts).

But if the lights go out and stay out, or we get power rationing and rolling blackouts, well, that’s a different story. That’s the story of the coming digital feudalism — where technology, energy, and wealth are controlled by an elite caste who run government and use the police and the military to keep ‘the people’ in check.

That world is too depressing to contemplate to start off the week. So I’ll leave it for another time. In the meantime, buy yourself a generator just in case. It never hurts to be ready for an emergency…before it’s declared.

The Bonner-Denning Letter is co-authored by Port Phillip Publishing founder Dan Denning and legendary investment writer and publisher Bill Bonner. It connects the dots between markets, politics, and history as one of the only macroeconomic, ‘top-down’ newsletters in Australia. For

"I agree with you. However I think we are the minority view on this. "

"As my mother said in the nursing home -
" is he a bit compromised in the head?""

"Yeah Rap. And so many wanted this finned wanker kept on the site. Dolphin boy just fuck off"

"Hey look, it's the Dolphin. Shouldn't you be on a different forum?" 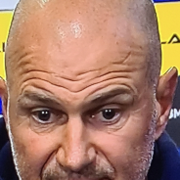 "Flipper as an Eels fan I couldn't give a flying fuck what you think, how about that Cowfusi signing ??  He's an absolute grub so you should love him.  Birds of a feather and all that."

"He's a joke that's been made a multi millionaire from our club, so who really is the joke??  It's us fans who continually stick by the club and fund the club year after year for absolutely no reward.

""The whole squad is set up to be safe and make the finals"
You say that in one breath, which is exactly right, but the rest of it is your normal whingeing self. Would you prefer to go back 10 years and constantly miss finals and be one of the…"

"That was always my concern when we were told we were going to be a "development club".  When are we going to be a "premiership club" ?
At some point you have to pay elite money for elite talent, regardless of who's done the developing. "

"It's not pure greed, because at any moment their career could be over. Any tackle, any run, any injury could end their career in an instant.
The one first grade player I knew personally had to retire in his early 20s from a regular tackle that lead…"

"Some clubs do try and look after players that are seriously injured. If a long-term bond is there often between player and club I think there will be community support. If you are a free loose agent and you get a serious injury you are likely to be…"

"He does realise they need top first graders to be a premiership force. Sure you can keep developing players but at what point do you keep them and win a freakin premiership."
"Tank, not sure if it's sad, just the reality of how our club lurches from one false dawn to the next."
More…
Loading ...

Read more…
Started by LB in Sports
1 Reply · Reply by The Badger 22 hours ago
Views: 73

As the title reads.They may have lost Reed Mahoney, but the Eels have landed an impressive forward and have their eye on a Raiders star 👀NRL Transfer Talk: https://bit.ly/3lcAg3W

I can totally understand why players today move for $$. Players only have a short time in the game and they should make as much money as possible. I personally know 3 1st grade players forced into early retirement. Kaysa Pritchard retired due to…

Read more…
Started by Slippery.
4 Replies · Reply by My Bob 9 minutes ago
Views: 97