Having taken his club from wooden spoon battlers to competition leaders, Brad Arthur is poised to become the longest-serving coach in Parramatta’s 73-year history.

Arthur could soon become the first Parramatta coach since the club’s premiership entry in 1947 to be in charge for a full 10 seasons – pipping Brian Smith, who was axed after nine-and-a-half seasons.

An early favourite for Dally M coach of the year, Arthur remains under contract until the end of next year with Parramatta officials seeking to renegotiate an extension.

Arthur will have completed eight years at Parramatta after next season with an anticipated new two-year deal – it could even be three – making him a decade Eel.

Smith fell just short of the 10-year milestone when he was sacked midway through 2006 for Jason Taylor.

While formal talks are yet to start, Parramatta officials are “relaxed” about Arthur re-signing. His coaching stocks have risen to another level this year with Parramatta losing just one of the opening nine matches.

And with his Eels sitting on top of the NRL competition table, rival clubs may be tempted to have look at Arthur’s contract situation.

Arthur’s success is vindication for a Parramatta board who stuck solid when under pressure to dump their coach during the wooden spoon days of 2018.

There was even an online petition calling for Arthur to be removed and Wayne Bennett signed.

“We are keen for Brad to stay and we are confident he will stay,” Eels chief executive Jim Sarantinos said.

“I think Brad wants to be at the club and, to be perfectly honest, we’re comfortable he’s not going anywhere.

“It will get sorted when the time is right for everyone.

“He’s happy, we’re happy and he sees that the club is going in the right direction and I am pretty sure he is happy to stay and we’re happy for him to stay. I think everyone is pretty relaxed about it, to be honest.

“I’m sure we will go about our business quietly and work things out. That (contract talks) will come in due course, I would imagine. There’s no agitation or anxiety from anyone.

Arthur started as Parramatta head coach in 2014 but was interim Eels coach for six games in 2012 when Steve Kearney was dumped.

After several modest seasons, Arthur has built a potential premiership-winning side through shrewd recruitment and retention. Victory over Manly at Brookvale Oval on Saturday night will finally give Arthur a 50 per cent win rate – 82 wins, 82 losses.

“Brad has done a terrific job in turning around the performances of the team,” Sarantinos said. “He has played a big role in really creating a close-knit unit among the players. I don’t think you can undersell the impact and influence he has had there.

“A lot of people have put in a lot of hard work over the last few years – including Brad - to get to a position where we have that opportunity for success.”

This season’s success has arrived after Parramatta reached week two of last year’s finals after a historic 58-0 week win over Brisbane in week one at Bankwest Stadium.

"Because we're the biggest club of all.
" 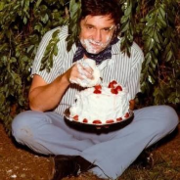 "Lol Kram and Bob, very close.
If you want the details on the rumour, go to twitter and search 'seibold rumour', go to 'latest tweets'.
Sounds like he's in all sorts and will be gone real soon if true, Broncs wont and cant put up with that sort of dr…"

"I thought Matto was going to miss another week."
More…
Loading ...

New Best player in the game??

Started by Esmond A in Media Reports