Fitzgerald has told the Sydney Morning Herald he believes he has plenty to offer PLC, however it seems a conflict of interest if he is a director of one of the club's direct competitors.

The Epping Club is a mere 20 minutes away and directly competes with Parramatta for patronage which has a direct impact on club finances.

Fitzgerald has not addressed the perceived conflict either in his interview with the SMH or in his candidate statement for the Parramatta Leagues Club elections. 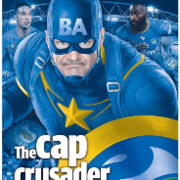 "We have been down that road before. It didn't happen then, and it won't happen now"

Izzy to the Eels to play Centre!

Ryan Matterson Ruled Out against Dragons