Jarryd Hayne is being sued by the young woman he is convicted of raping at her Newcastle home in 2018 while he appeals his conviction.

Convicted rapist and fallen NRL star Jarryd Hayne is being sued by his alleged victim just months after he was locked up for two counts of sexual assault.

It marks the second lawsuit brought against the footballer by women he allegedly attacked.

Hayne is serving at least three years and eight months in prison after he was found guilty of raping a young woman on NRL grand final night in 2018.

A jury agreed the woman had not consented to sex with Hayne at her home in Newcastle but he persisted - overpowering her.

Hayne, from behind bars, appealed his conviction and maintains his innocence. Jarryd Hayne is being sued by a woman he was convicted of raping. Picture: AAP Image

The young woman, who cannot be named for legal reasons, launched a civil lawsuit against Hayne in the NSW Supreme Court last month.

The Daily Telegraph understands the woman, in her mid-20s, has not yet announced if she is seeking financial compensation from Hayne and no dollar figure has yet emerged.

The woman told the District Court, at Hayne’s sentencing, that she was left deeply traumatised by his alleged rape and they continued to impact her mental health two years later.

“My body remembers and my mind won’t let me forget,” she told the court.

“This assault has changed me. It changed my direction and who I was. I don’t remember the last time I had a proper sleep.”

Hayne had been exchanging heated texts with the woman before they met - he was in Newcastle for a bucks party bender.

He showed up to her home drunk and awkwardly serenaded her with songs from YouTube, the District Court heard. Hayne in his playing days with Parramatta. Picture: Jeremy Piper

But when she realised a taxi was idling outside, waiting to take Hayne back to Sydney, the young woman decided against having sex with Hayne, the jury were told.

The woman told Hayne she wouldn‘t have sex with him, she told the court, but he overpowered her and left.

The court heard she was bleeding and believed Hayne had bitten her.

Soon after, the woman sent him a string of text messages saying “I am hurting so much” and “I know I’ve talked about sex and stuff so much but I didn’t want to do that after knowing the taxi was waiting for you”.

Hayne was sentenced to a total of five years and nine months for two counts of sexual intercourse without consent which the District Court judge described as an “extreme form of violence“. 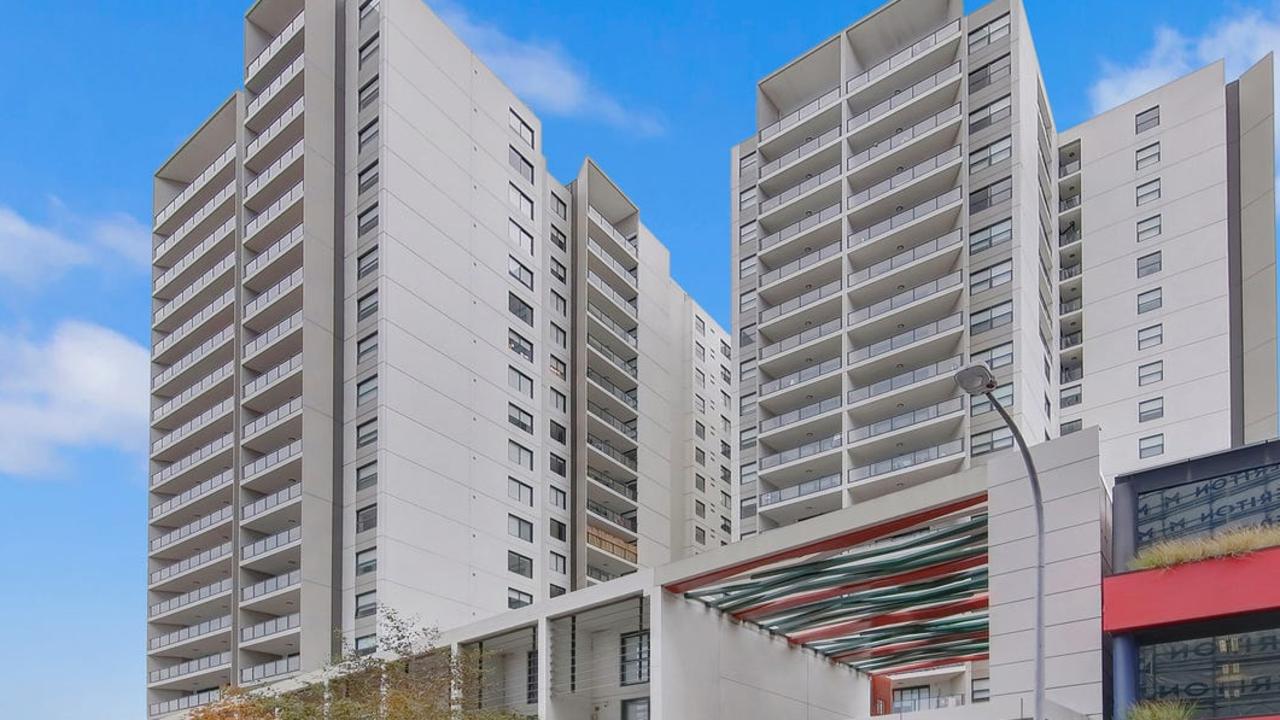 After being jailed, Hayne had to sell an apartment in this building in Parramatta.

His supporters, angered by the sentence, clashed with reporters in disgraceful scenes outside the court after he was led to the cells.

At his zenith; Hayne had at least $5m in property, multiple million-dollar football contracts and untold riches rolling in from endorsements.

He purchased a Paddington terrace in 2013 for $1.3m and sold it for almost $3m a few years later, when he moved to the Gold Coast to play for the Titans.

The Hayne empire has contracted in recent years as his legal bills added up.

Two Parramatta apartments, purchased in 2013 when he played for the Eels, were listed for sale after he was locked up.

It’s believed he still owns the Central Coast home where his mother lives.

The jury who convicted Hayne did not know that, years earlier, he had cut an American woman a massive cheque to drop a sexual assault lawsuit she had launched against him in 2017.

The one-time NRL rookie of the year had shocked the sport by leaving Australia to pursue a childhood dream of playing American football for the San Francisco 49ers in 2015.

An American woman, known only as JV, claims she met Hayne in a San Jose bar before catching an Uber home with him.

JV said she had few memories of the encounter but recalls a sharp pain in her vagina and woke in a pool of blood.

The woman eventually went to police but they said there was not enough evidence to prosecute Hayne. Jarryd Hayne while playing for the San Fransisco 49ers in the NFL. Picture: Getty Images

Instead the woman sued Hayne in the US District Court for sexual battery, battery, gender violence, intentional infliction of emotional distress and negligence in 2017.

Hayne denied those accusations and ultimately settled the matter out of court with the official dollar-figure never released.

The current lawsuit against Hayne is unlikely to proceed until the appeal against his criminal conviction is concluded.

"Plenty of lithium in Afghanistan no oil. "

"Will we be jabbed out by Agenda 2030? Unless Christ comes before hand  this is the Agenda and everyone rolled up their sleeve.  Spain and 8 other countries are awoke now.  Isreal  on third booster or they can't update their vaccinated card.  Ammish…" "Ah yes "Our ABC" that pillar of fair and balanced reporting - diverse in everything except thought and opinion. One thing I agree with you on Tad is confirmation bias, your post is a good example of this.  You demonise, dismiss and ridicule anything…"

"The thing the Dolphins can quite easily pay him more than we can whilst paying him less than we have to.  They will have all kinds of corporate support. In the current climate his price is going to be blown out and we simply don't have the TPAs to…" 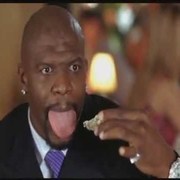 "The biggest winners in the appointment of a 17th club are without a doubt the players. If Dolphins pick up Reed and RCG that means we'll have $1m+ to buy others as is the case with Storm if they lose Munster and so on. Elite players like Cleary,…"
"Players come and players go. The trick is to keep the right core group together
The next Papa style bargain buy might not be too far away"

"Seriously Tank, Gutherson has no chance of playing SOO and crumbles when it matters - 600k take it or leave it.. "

"My thoughts also Frank, if we want to keep that window open Reed, Ice and Niukore are the future. RCG is walking at the end of next year and there could be a couple of players still on contract being shopped around that could go with him, Lane and…"

"Have you ever used the terms , paying overs or paying unders ?  If so what do you mean by these terms?  Obviously they should be deleted from the dictionary forever because there's no such thing.
if nobody buys your house it has no value , if we…"

"ABC works under a charter Poppa and is very closely monitored for bias. People like to accept bias when it favours their own bias and denigrates anything which challenges their bias fostered through Fox news and the muti billionaires who use their…"

"Dont worry Pops.
Agenda 30 is on the way. No middle class citizen will own anything soon - only allowed to rent.
Come hell or highwater, the carbon reduction goals will be met.
'You will own nothing and you will be happy'
Klaus Schwab - Founder…"

"I understand that concern. I'm not sure we're prepared to make him the highest paid hooker in the game though. This is a player's market right now. Lot's of available spots, limited quality spine players. Their agents are going to ask crazy money…"
More…
Loading ...

Sad that Norm Proven has passed away. My condolences to all concerned. Norm coached the Eels for one year--forget which year. He did well considering the roster he took over-- many A-grade junior standard types. As I recall he just missed the…

The heading give's the rationale for the story, its the thinking process that should be interesting to a discerning reader.The article is written by an economist I greatly admire in Greg Canavan, when you read this you may pick up some more…

When the Lights Go out in SydneyMonday, 11 October 2021 —  By Dan DenningEditor, The Rum RebellionSome days you wake up and make the mistake of reading the news. And then the thought crosses your mind that maybe the human race ‘peaked’ with the Moon…

When I was a pup, my father told me “If you’re going to have a bear, have a grizzly’His wisdom had the most impact on what I eat, I’ve always been a healthy eater as rule but like most, life is not worth living without indulging in the delights that…

With Mahoney , gutho, papa, niukore , RCG off contract next year, its gonna be hard to retain them all. I love every one of these players but who do we not resign . (not doing every off contract player)1.Papa - He is only on a 150k deal until the…

Source Daily Telegraph Parramatta’s fight to retain Reed Mahoney has dramatically escalated after it emerged the Brisbane Broncos were weighing up whether to turn the battle for his signature into a south east Queensland bunfight.Mahoney is off…