Newie were going like Busted’s before they played Parra but now just 2 Marquee players clicking have them winning, even flogging the roosters.

Last two games we lost with only a try in it. Panthers 1st was way forward, a couple of passes stick, we could have won them both. If we had those 4 points we would be right in the mix.

We’re not far off being a much better team. Our halves combo not clicking puts everything in the back foot and can make it look amateur (I.e Knights before us) but getting a few things clicking can change that quickly.

Hopefully we find something before it’s too late

"I agree, the only question for me is when do we play Stone versus when do we play Takas. Does it depend on the opponent?
I think we def need to give game time where possible to the guys under the top 17 given there's no reserve grade "

"Fullbacks poll very well, and a ball playing fullback in a winning team will be very hard to catch.
JT at the Cowboys was an early fav but he won't get enough ponts with the run of losses they've having
Gutho is also a very durable player, he really…" 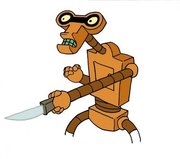 "I can except a referee missing a knock on or getting a split second forward pass call wrong, but what f-$&ing excuse does the bunker have for getting a call like that wrong? None. Seriously. Fonua-Blake was right, just directed at the wrong person"

"You could see the kid was struggling with contact at times, I still think field has role to play on bench "

"I tend to agree that Field isn't ready for the rigours of first grade week in week out just yet. I was pleasanty surprised by his performance on Friday night but one swallow doesn't make a summer.I'd be pleased to see Moses given the time he needs t…"
"I know i'm sounding like Monto, but it's rigged. You only have to go back to last weeks game agaimst Canberra, Guth got the 3 votes, George Williams and Hodgson got the 2 and 1. RCG was close to the best forward on ground, unbelievable stats, Paulo…"

"I don't really want to compare Ray Stone with Ray Price, but there are some similarities between the two. They both turn up and get the job done with no nonsense, and neither is very big as a forward. If Stone can emulate some of the dangerous runs…" 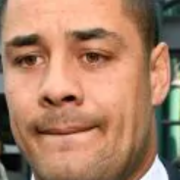 "What about Crokers gridion pass against us which led to a try that easily couldve cost us the game and was a blatant ref error? Didn't see Annesley come out and say the refs got that wrong. As well as that manly had about 6 blatant forward passes no…" 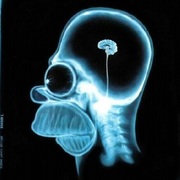 "Why, thank you :-)"
"Exactly and that why I do my have no sympathy for club or players . Our guys are under more intense pressure " 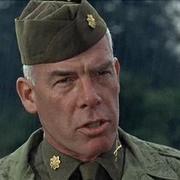 "Jai Field isnt conditioned enough to play first grade he will break easy and should spend the year devleping his body. Anyone who thinks Jai is first grade yet is a bloody dope.
Bench:
Marata
Evans
Stone
Kaufusi"

"No they don't mate. Like I said, the Brisbane media have been terrified to criticise the Broncos since day one. Even though they gave them a pass most of the time, Wayne Bennett still didn't give them anything. The Broncos are just used to bullying…"

"How can we be sure Manly would of scored if the whistle wasnt blown as soon as the pass was called forward ?
As soon as it happened 3 players dropped of, and the Manly player carried on with it and scored against our depleted line despite the fact h…"

"I'm more interested in the future. With Jennings, Ferguson in their 30s we should start looking for replacements now. Alex Johnston is worth considering he is up for grabs. He is 25 plays wing, fullback and he knows where the try line is. "

"They are already having buyers remorse with Brodie Croft."
More…
Loading ...

GUTHO leading the charge and almost half way threw the season, thoroughly deserves to he on top at the present moment. Absolutely playing out of his skin. Does he have a chance to take out the prestigious prize? YES

The Moaners seem to run the media and NRL.Something else to moan about this week. Sick of the commentators saying they were robbed against us. If the ball goes forward regardless of whetther it comes backwards out of the hand the refs have been…

Good to see even our own players showing their support.Let the hate begin ......https://youtu.be/rPhN9eevDcM

KEEPING THE MOMENTUM GOING OR MORE: THE BENCH AND 14

A  chain is only as strong as its weakest link.As good as we played against the Cowboys, we softened up towards the end of the first half once our bench guys came on. When our starters Nuikore, Junior, RCG went off, we lost our dominance in the…