After having been told my danglies looked like an elderly Rastafarian I decided to take the plunge and buy some of this as previous shaving attempts had only been mildly successful and I nearly put my back out trying to reach the more difficult bits.
Being a bit of a romantic I thought I would do the deed on the missus's birthday as a bit if a treat.

I ordered it well in advance and had it planned to the lsat minute.....Oh my fellow sufferers how wrong I was.
I waited until the other half was tucked up in bed and after giving some vague hints about a special surprise I went down to the bathroom. Initially all went well and I applied the gel and stood waiting for something to happen. I didn' have long to wait.

At first there was a gentle warmth which in a matter of seconds was replaced by an intense burning and a feeling I can only describe as like being given a barbed wire wedgie by two people intent on hitting the ceiling with my head.
Religion hadn't featured much in my life until that night but I suddenly became willing to convert to any religion to stop the violent burning around the turd tunnel and what seemed like the the destruction of the meat and two veg.

Struggling not to bite through my bottom lip I tried to wash the gel off in the sink and only succeeded in blocking the plughole with a mat of hair. Through the haze of tears I struggled out of the bathroom across the hall into the kitchen, by this time walking was not really possible and I crawled the final yard to the fridge in the hope of some form of cold relief.
I yanked the freezer drawer out and found a tub of ice cream, toe the lid off and positioned it under me.

The relief was fantastic but only temporary as it melted fairly quickly and the fiery stabbing returned. Due to the shape of the ice cream tub I hadn'nt managed to give the starfish any treatment and I groped around in the draw for something else as I was sure my vision was going to fail fairly soon.
I grabbed a bag of what I later found out was frozen sprouts and tore it open trying to be quiet as I did so. I took a handful of them and an tried in vain to clench some between the cheeks of my arse.

This was not doing the trick as some of the gel had found its way up the chutney channel and it felt like the space shuttle was running its engines behind me.
This was probably and hopefully the only time in my life I was going to wish there was a gay snowman in the kitchen which should give you some idea of the depths I was willing to sink to in order to ease the pain.

The only solution my pain crazed mind could come up with was to gently ease one of the sprouts where no veg had gone before. Unfortunately, alerted by the strange grunts coming from the kitchen the other half chose that moment to come and investigate and was greeted by the sight of me, arse in the air, strawberry ice cream dripping from my bell end pushing a sprout up my arse while muttering arhhh ooooohhh that feels good ahhh Understandably this was a shock to her and she let out a scream and as I hadn'nt heard her come in it caused an involuntary spasm of shock in myself which resulted in the sprout being ejected at quite some speed in her direction.

I can understand that having a sprout fired against your leg at 11 at night in the kitchen probably wasent the special surprise she was expecting and having to explain to the kids the next day what the strange hollow in the ice cream was didn't improve my status so to sum it up, VEET removes hair, dignity and self-respect.

"The Knights have done the same thing with Blake Green, we did it last season with Waqa Blake and in 2017 with Mitch Moses. Only the pro rata of those contracts counted against our cap. " 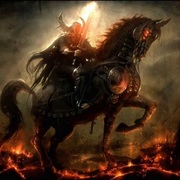 "I'm not happy that a team like the roosters who have been struck down with injury, get to bring in a decent player to help and only have to put up a contract for the remainder of the year. A figure no other team gets to do because they would normall…"

"All the Panthers points come in the first half, they come flying out of the gate & are very hard to stop. But in saying that I believe they can be beaten & would rather play them, than Melbourne or Sydney Roosters. Peaked to early, what’s that mean?…" 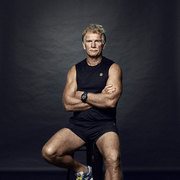 "I was just saying on Friday I think there will be an upset in either the panthers game or our game. Panthers made light work of the raiders yesterday makes me extremely nervous now. Sharks by 4 MOM Johnson"

"Did Api miss the game against us?"

"That game is forever scarred in my memory.
"

"If there was ever a day to play tight tough, pressure, kick deep to corners, build pressure and roll the sleeves up then here it is. The sharks are attackers of teh football. They are not the sharks gritty defence teams of the Gallen era IMO.  If we…"

"When he's good he's good.He has played 35 games for us out of a possible 67 and he's probably been good for half of those.That's not value for money, and its definitely not the reason we are 10/12 this year,.However if he plays at his best for the r…"

"That's 27 years ago Frankie, obviously the loose fit helps with your technique.... Lol
I would have thought with your background you probably were a "glad" wrap man before that!"

"Can you see a weak spot in the current Panthers' game? "

"The facts are the facts. Can Gutherson do what Hayne couldn't? Make up the difference for inexperienced, unproven halves. I don't think he can, nor should such a burden fall upon him.
I was highly critical of the Moses signing. Sure, I was well awar…" 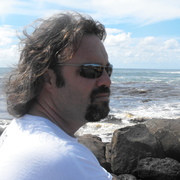 "That was my point Brett"

Those of you who are waking to the news, theres been a terrible explosion in Beirut overnight, happened about an hour ago.Theres a lot of footage of it, im sure you'll see it, it was truely terrible to see, thoughts go out to our Lebanese brothers…

As the title says

Well, this is a danger game for our Eels IMO. The Sharks are on a bit of a roll with 3 wins on the trot. The Eels also have won their past 3 games, but haven't exactly been convincing.I thought our opponents in the Bulldogs last week, were probably…

Penrith are the team to beat.

Who watching the Panthers? Boy they are playing fantastic football, big quick outside backs, strong forwards, great in attack & defence. Smashing Canberra 24-0 at half time & Canberra ain’t playing bad, will we be ready for them? Who can stop them?

Putting himself on the open market , free to talk to clubs from Nov.1. Still contracted until end of '21. Should make him a priority.