Why are the players speaking to the media?

Especially what I just heard...."players think they can't win the GF if they finish out of the top 4.

What type of positive thinking is that crap? If anything they've just put more pressure on themselves to beat Tigers.

But what if they don't beat Tigers? Do they change their minds and say they can win from 5th?

Bloody Hopeless, and it starts from the top!!

First Previous of 4 Next
This reply was deleted.
Loading ...

"And they can be Besties. How sweet."

"Tom Opacic come on down. Have faith brothers and sisters, if Tom hits form we will have purchased well.
I have very high opinion of this kid."

"LOL colin - it is the reply function because I was replying to Hector."
More…
Loading ... 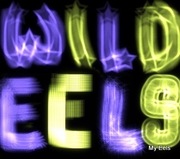