Watched Easts v Melbourne and was wondering about why storm players not part of the play the ball draging back easts player, that were part of the tackle, out of position and it's not being pull up. They walk off the mark repeatedly (easts also culprits) which puts the markers not squared -enter Grant/Hughes/Papps. they then begin to roll down the field. 6 again rule not used for slowing down the ruck, hand on ball when rising.

I know it's storm and the powers that be need permission from storm to use their backbone, so aside from that. What does the rules say?

SECTION 15 PLAYER’S MISCONDUCT (j) deliberately obstructs an opponent who is not in possession.

Is there a member who can clarify why this is allowed? should one start a petition for justification. oh and Kafusi is playing and typically playing dirty.

Papa runs better lines and better post contact than Matto did so not too concerned there. Lane needs to be drop kicked from the 17. Marata takes his spot. Does Rankin fit the bill as center - good reader of the game but can he defend there.

probably my first and last post hence the multiple subjects.

J Papalii wins a tight one with a crash over try. the blokes a two legged buffalo

until Saturday. oh been an eel fan since 82'

"Brown is the most undisciplined player in our team in both illegalities and giving away set restarts so he will be one.
Waqa Blake rushes at spaces in defence and sticks an arm out at ball carriers running past him so he will be 2."

"Well he better be going somewhere Snake - as FB we pay him to be everywhere. lol"

"Every player is open to injury EA,
I am sure clubs do their due dilligence and Risk Factor assessments prior to entering negotiations.
Forwards would be more likely to sustain serious injury etc.
How injuries susatained many years ago would factor…" 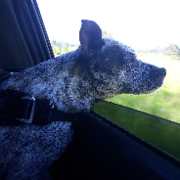 "Alexander was talking while they were looking at the Josh P send off incident. He was trying to convince everyone that the dogs player fell into it and probably wasn't anything Josh could do. Fine 750 dollaroos. Will it get worse if we beat the…"
More…
Loading ...