A few months ago, I made an impassioned plea for everyone to get behind the constitutional reform meeting that had just been arranged. However, in the weeks or so leading up to the meeting I pretty much lost heart. There was little communication with the club to encourage a mass roll-up and it was pretty obvious we were going to go through ground-hog days and that the Spagnolo/Garrard alliance would block the reforms. I went to vote, as did many of you - but again, getting 75 percent of the vote proved too high a bar.

Today, the club has announced the next attempt at getting the reforms through, and I finally have a bit of confidence that it's being done correctly and that we will actually move forward, in what to date has been an incredibly frustrating process.

When I first met with Max way back at the start of the process to discuss the reforms, I made one key suggestion. Break the reforms into two - have one vote to pass the reforms that no one has objected to, but which are nevertheless important. And then leave the reforms that have been the subject to debate in another vote. That way things like triennial elections, postal/online voting and changing the objects of the club and critically mandating the funding of the Parramatta Eels via the club could get through.

At the next vote, that's finally what will happen. Max will attempt in the first instance to pass the reforms in their entirety, but if that does not succeed the reforms that have not been questioned, through multiple rounds of membership consultation will go ahead. That will include postal voting so the broader membership will finally get to have their vote and say, preventing minorities from blocking reforms out of their own self-interest.

I've also had conversations with people within the Eels, including the chairman, that the football club will finally publicly get behind the reforms and that there will be a proper effort to increase the attendance at the meeting.

Firstly, thank you to all of you who have made the effort to get to these midweek votes. I know speaking to a bunch of people at these events, that frustration is incredibly high. However, can I ask for your support one last time. This SHOULD be the last time you are ever forced to attend in person to have your say, if the second set of votes go through.

of 3 Next
This reply was deleted.

The 2018 debacle that is driving Arthur and the Eels 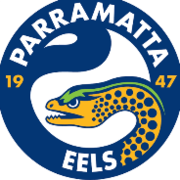