Last night we found a way to win despite being more than a converted try behind with less than 20 to go. Parts of that game were ugly but there was a hell of a lot of positives as well.

I get the feeling Arthur is getting some good assistance at the moment and all NRL coaches must have that. A few things of note:

Evans and Davey starting. Who knows if they'll start like that in the finals but the beauty of that is that neither does the opposition and they need to prepare for different scenarios. The reg/junior start combo became too predictable and mixing it up is a great move.

Junior slotting into 5/8-what a weapon that is. How you stop that I don't know.

our second phase play is back and with some like N Brown who runs back a million miles an hour the opposition is preparing to either put a hit on or just stop him. He offloaded a few times before the line after a big run last night and that will be hard to defend. Against the storm we will have to have 2nd phase play.

Gutho kicking. Let's face it he was kick happy last night-but-he's now shown another string to the bow. If they rush up on him off the line he has the cut out pass option or kick in behind, if they hang back he'll run it and good luck stopping him close to the line.

Moses' confidence is back and they are trying new things with their kicks. He's shown he's willing to kick early which means defence wingers will be standing back a yard or two just in case. It creates the opportunity to go wide early with a defence line that won't be one line.

The biggest disappointment and area we absolutely have to get right before we play the storm is our wingers. Sivo and Fergo both scored last night but they have been wel below par. They need to take more pressure off our forwards coming out off our own line. They did a bit of it last night but are way short of where they were. Guaranteed the storm saw how tigers exposed sivo a few times last night and Munster/Addo Carr will have a field day if he's given that much room on the outside.

That said if we play for 80, keep mistakes to a minimum. I think we are a massive chance this weekend.

Im going to the game and hoping to see as many qld based eels fans there as possible. Let's give them a home game atmosphere-there's enough of us up here to do that!

"No chance If wonka is there.  Reads D like Stevie Wonder reads music." 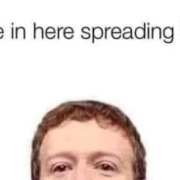 "Parramatta lacks a grubby niggler with swagger and grit. That's what nadan provides. "
"Neither has Shane"