The Parramatta Eels are pleased to announce the signings of three new players who will commence training in the 2021 pre-season.

Centre Tom Opacic has agreed to a one year deal with the Eels.

Tom made his NRL debut in 2016 for the Brisbane Broncos and has spent the past two seasons playing for the North Queensland Cowboys in his 43 NRL game career.

Isaiah Papali’i has agreed to a two year deal, after playing 59 NRL games for the Warriors since 2017.

He has also represented New Zealand and Samoa.

Hooker Joey Lussick has also agreed to a one year deal after spending time in the Eels pathways in 2014 and 2015.

He went on to make his NRL debut for Manly in 2017 and has spent the last three seasons in the UK Super League playing for Salford.

Parramatta Eels General Manager of Football Mark O’Neill said, “We are excited to welcome Tom, Isaiah and Joey and I have no doubt that these three men will be a great cultural fit with our Club.”

“All players will add class, depth and balance to our overall squad and they will be relocating from their current destinations in readiness for the 2021 pre-season,” O’Neill said.

First Previous of 16 Next
This reply was deleted.
Loading ... 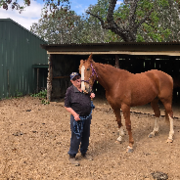 "Granted its a  negative way to look at next season, I just can't see how a team concedes 70 points in 2 finals games and bows out in straight sets can be taken seriously "
"I don't think the NRL has seen the best of Opacic. Me thinks he surprises a few next year"

"No. Grand final berth or nothing. Our club is so happy to accept 3rd place as a victory.  It's disgusting. Aim for the cup"
More…
Loading ...