What is it with my sporting teams and doing everything the hard way?

Win the Champions League in regular time? Nah, we'll go down 0-3 then come back to 3-3 and win on penalties.

Finish inside the top four comfortably? Nah, what about a 95th minute winning header by the goalkeeper to need a win on the final day?

Put the Detroit Lions to the sword? Nope, fourth quarter, two minute drill drive to kick the winning field goal as time expires. We'll do that twice in one season.

How's about we just belt Canberra and give ourselves a four point buffer with six games remaining? Nope, hard way it is.

Parramatta will have to do things the hard way if it intends on retaining its top four position for the rest of the year after falling to the Raiders 12-10 on Thursday night.

It was a game the Eels should have won. A game the Eels had it there to be won. They dominated the opening exchanges in possession and territory but came away without a point.

They dominated through the middle and the short interchange of passing they used last week was there once again.

But the attack was clunky and not direct enough in the final quarter of the field.

As the game wore on Canberra enjoyed more and more confidence. Then they hit the lead, then they went further ahead. Until Blake Ferguson broke the game open with a scintillating kick return to send Dylan Brown over.

From there the Eels looked like they were coming to get the Raiders. And, after the past few seasons I'd have backed Parramatta to do it.

Maika Sivo's try brought the Eels to within two points. As much as everyone complained about Dylan Brown being offside at the kick, as we saw in Origin, the Bunker has clearly decided that unless an offside chaser interferes in the play, they'll allow the try to stand.

But Parramatta couldn't find that third try after Clint Gutherson missed the match tying conversion from the sideline.

Even the Fijian scud missile that is Sivo was stopped from grounding the ball in the in-goal. I will just say however, that he had every chance to ground the ball there. He didn't get low enough, early enough and he didn't stretch out like you many wingers do.

That being said, the Raiders were incredibly fortunate Jordan Rapana wasn't pinged for a shoulder charge. His arm was tucked, there was no attempt to wrap and his knee made initial contact with Sivo.

But I digress. Henry Perenara is a useless referee and he's been that way for some time.

On the positive side of things for the Eels was the performance of Will Penisini. The experienced Jarrod Croker had one hell of a time trying to contain the debutant and I look forward to more of Will in first grade. He provides strong carries from the back field while his footwork and strength means he's a handful for opposition defences.

Really, my disappointment lies in our halves. We missed Mitchell Moses in this game and despite Dylan Brown stepping up in the kicking department, he didn't get his hands on the ball enough. He had 36 touches to Jakob Arthur's 60. That's not enough when you're the senior halves partner.

Now, I don't buy into the nepotism crap regarding young Arthur. He's not a bad 18 year old half, but rarely are 18 year old halves very good. For mine, he hasn't got the speed of the NRL down. He's a little slow with his movement, a little to slow with his passing. In the NRL, advantages are made by fractions. A fraction of a second quick here, a fraction of a second slower there.

You can just watch the way Dylan Brown runs and passes as compared to Arthur, and Brown looks like lightning in comparison.

I understand why Arthur has been given a crack. Having five games under his belt this season isn't the worst thing. But in my opinion that should be the last unless an injury crisis hits.

I thought Will Smith should have been handed the reins in this match. He's a lot more experienced and a good defender. Arthur was targeted all night by Corey Harawira-Naera and the mismatch was on full display when the Canberra back rower ran straight through him for the first try of the match.

I don't want to see Arthur up against a still very good Roosters backrow in Angus Crichton and Sitili Tupouniua if Moses is unavailable.

I would like to see Smith slot into the halves with Lussick onto the bench. Lussick is a good replacement for Reed Mahoney if required and he can also play that roving, ball-playing lock role.

The loss of Marata Niukore during the match obviously hindered our forward rotation meaning Nathan Brown was out there for the full 80. He hasn't done it that often since the new rules were introduced and his fatigue showed late in the match.

I don't completely buy the story that Canberra physically dominated our side. Junior, RCG and Brown all ran for 150 metres plus in the middle. You don't rack up those numbers if you're getting pinned in your own half.

The Raiders were off their line quickly as the game wore on and it dented our kick returns, while also preventing our ability to shift the ball around through the middle. So while we gained plenty of metres, we weren't able to break down their middle defence and earn time and space on the edges.

As we gear up for the run into the finals, we need to lock down that top four position. We play the Roosters and Manly who are both gunning for that same spot, so beating them is a must, while a win against Souths could also pit them in a top four battle.

The Roosters are not the unbeatable side they have been. They will be tough next week and our side must come ready to play. Hopefully Moses is back. If not Dylan Brown must step up and take control of the side.

Oh, and if we finish fourth we probably get the joy of playing Melbourne in Queensland. 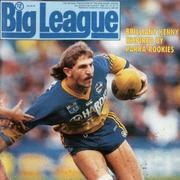 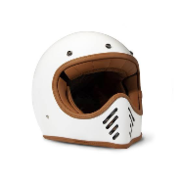