Poor kid. I feel sorry for him.

His father has thrown him under the bus & again tonight unfortunatley, we all saw Jakobs limited skill set and just how far off the pace he is.

"It's your team: Arthur hands over the Eels' reins to son Jakob"

From the moment his father parachuted Jakob at break neck speed into1st grade, he is open to criticism like any other 1st grade player is.

Young Haze Dunster has been criticised heavily on the site, but not protected because of his surname.

Tonight we saw a physically undeveloped kid, with a very limited skill set trying to "guide" a 1st grade team. Result- We lost to a depleted Raiders side because we through nothing at them in attack.

I ask his father this question- Young Jakob has no speed, no natural ball playing skills or long passing game, unless it is a pedestrian drop-off for a hit up.... why was all the pressure put on Dylan for most of the long kicks? Jakobs kicking game is apparently his strong point.

I am not death riding the kid and put all the blame on his father. He was fast tracked like no other player has been in his fathers 8 years at the helm.

Sam Walker, Reece Walsh, Joseph Suaalii..... These are the rare talents that get fast tracked into the top grade.

As a side note, I find it concerning that our junior catchment area is confined to the the Rouse Hill Rhinos.

The three debutants this year have been- Jakob Arthur, Will Penisini & Sean Russell.... who all played for the same team at the Rhinos coached by BA. Surely our net is bigger than that?

If you did the dot to dot through all of the junior coaches at the eels... all roads lead back to relationships with BA.

That's why until that changes we will never be the production line of the Panthers.

"Well said Super and I totally 100% agree with what you've shared."
"You pretty much nailed it - the thread should have been more like - who is actually good .
I do say I prefer read than most journos he tries not to be as sensationalist . 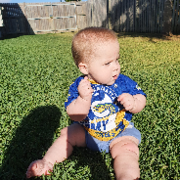 What we need to do

WHO ARE ARE THE BIGGEST DOPES IN THE NRL MEDIA