Like the year prior, it started out with a reason for hope, with Brad Arthur’s men winning nine of their opening ten games to storm towards the top of the ladder.

Then back-to-back defeats to Manly and South Sydney foreshadowed a steep decline later in the year, one that would come to cost Parramatta a spot inside the top four.

A late resurgence revived the faltering campaign, restoring faith before it all came to an end again as another finals bid failed to extend past the second week.

It was at this point that the script deviated.

In years past Parramatta had crashed out of the finals in dramatic fashion, leaving a hollow feeling and questions of what could have been.

This time around there was nothing else to ask of an Eels side that pushed the eventual premiers to the brink and likely over it should Reed Mahoney had been fit.

Only one month prior Arthur’s long-term future at the club was in serious jeopardy yet it took just two games against Penrith and Melbourne for most to change their tune.

Now Arthur has extended his stay at Parramatta until the end of the 2024 season.

Those 160 minutes though can’t paper over genuine questions that need to be asked over the off-season to make sure the same mistakes aren’t repeated in 2022.

Starting with the roster, Parramatta has 13 players off contract at the end of next year, headlined by Clint Gutherson and Mahoney.

Meanwhile, three others - Dylan Brown, Maika Sivo and Reagan Campbell-Gillard - have options in their favour.

The Australian’s Brent Read reported around $4.2 million worth of Parramatta’s talent would be up for grabs from November 1.

Parramatta won’t be able to sign them all, making it only more important to quickly identify priority signatures before rival clubs (including the expansion team) circle.

The Eels can now enter negotiations with its players without constant talk on Arthur’s future lingering as an unwanted distraction.

He is clearly a part of the organisation’s long-term future and it is up to the players to decide whether they buy into his vision.

The answer to that question came in Parramatta’s 8-6 defeat to Penrith according to Fox League expert Greg Alexander.

“The Eels were in freefall out of the top four... there was enormous pressure on Brad Arthur for them to be competitive in the finals and they were,” he said on SEN Radio on Monday.

“They went within a whisker of knocking the Panthers out. It was a mighty effort. I think it saved Brad.

“Whether they were going to re-sign him or not, I’m not sure. But he needed the Eels to show something in the finals series and they did. If they hadn’t of, I think the Eels would have been looking for a new coach.

“If you put in an effort like the Eels did in that finals series, that says there is a lot right going with the coach and his relationship with the players. They need to re-sign Arthur, now they’ve done that they can focus on re-signing some of those players.”

In other words, Parramatta has dealt with its first big headache now comes an even greater one.

As for what the roster could look like moving forward, it begins with the spine.

Starting with the four key cogs of Parramatta’s attack, there is long-term potential here for Arthur to continue to build around.

With a strong kicking, passing and running game, Mahoney is Parramatta’s clear long-term hooker while Mitchell Moses also lifted in the latter stages of the season after returning from a back injury.

Nathaniel Roache is a solid back-up option for Mahoney, although the Eels could do with a more established alternative like Mitch Rein, who is on the lookout for a new deal.

The biggest question marks though loom around fullback Gutherson and five-eighth Brown, both of which have contract calls to make at the end of next year.

A positional switch has been floated given Gutherson and Brown’s greatest strengths - their passing and running games respectively - are better suited to the other’s roles.

Gutherson though has hardly declined his impact bringing the ball back in yardage, averaging 144 run metres - the second-best numbers in his career.

He has also busted a career-high 32 tackles and made 14 linebreaks, further proving his running threat the back.

While the 21-year-old lifted his involvement when playing back on the left edge, his combined seven try and linebreak assists for the season could be a cause for concern.

Fox League’s Cooper Cronk though warned against hitting the panic button without even mentioning Brown’s name.

Speaking on The Matty Johns Podcast during the finals series, Cronk spoke about the development of Panthers halfback Nathan Cleary.

He might as well have been talking about Brown.

That is not to say Brown will follow the same path as the Panthers halfback but that both share similar strengths early in their career.

“I think he’s always had a good temperament,” Cronk said of Cleary.

“From afar, I really admire the way he has gone about his career. [It is] probably the right way a half should.

“A lot of halves come into the NRL and try to do all the big plays straight away. I really like the way he built his career.

“If you look back at the lessons he picked up - being physical, able to tackle and kick the ball well - basically got him picked and he’s added the skill on top of it. I think that is the way young halves should go about their footy.”

The similarities with the Eels five-eighth are striking and Cronk himself praised Brown’s temperament while speaking to foxsports.com.au last year.

Like Cleary, Brown has the fundamental skills of his game covered but the criticism is that his ball-playing is yet to develop.

The Panthers halfback went to the next level in the fifth year of his career - Brown is in just his third - and will only grow the more halves partner Moses matures.

Brown also looked much more comfortable once he was switched back to the left edge with Moses on the right.

“If you come in with all the high-end skills straight away, you struggle to go back and pick up those lessons,” Cronk added.

“If you do it the way Nathan has done it, you start adding that top-shelf stuff pretty quickly because you’ve got that tenacity and physicality everyone needs to play this game.”

The hope for Parramatta is that with time, Brown will carve a similar path.

The obvious issue is that with a host of players off-contract at the end of 2022, does Parramatta really have the time to be patient in the expectation its title window will always be open?

Moving to the middle men, Parramatta will still enter the 2022 season boasting one of the most robust packs in the league.

That does not mean there is not a need for change though.

From a tactical point of view, Parramatta was at times too reliant on the power game up front as the foundation of its gameplan.

Finding a way to win when the big men are not enjoying the same forward momentum is one challenge for Arthur’s coaching credentials moving forward.

It obviously makes sense though to play into that strength but some of Arthur’s selections have not exactly done that.

Isaiah Papali’i, for instance, thrived on the edge before being moved into the middle at the latter stages of the season to cover for Campbell-Gillard.

The 23-year-old himself said in August he sees his future in the front row but having taken out Dally M honours for his breakout season in the backrow, there is little doubting where he is best suited at the moment.

Ryan Matterson, Shaun Lane, Bryce Cartwright and Marata Niukore are the other options Arthur has to work with, although the latter is being pursued by rival clubs.

Moving to lock forward, there are also questions as to whether Nathan Brown should remain in the starting line-up.

Brown’s bruising playing style has seen him take on the role as Eels enforcer since joining the club in 2017.

That style along with injuries have taken its toll though.

The 28-year-old still has plenty left in him but Parramatta could do with bringing him off the bench for maximum impact.

In turn, Ray Stone or even Matterson could be a solid option to begin games at lock, absorbing the early defensive workload before unleashing Brown against tired defenders.

It is just another decision for Arthur to make as he works out how to get the best out of his big men.

That then leaves the backline, where Parramatta will be looking to fill the void left by hulking winger Sivo.

Having suffered a ruptured ACL as well as MCL damage at the end of August, Sivo is expected to be sidelined for the start of the 2022 season.

For an Eels side that has lacked strike on the edge, it could be an opportunity for to test out alternatives to Sivo, whose defensive decision-making remains a concern.

With Blake Ferguson gone and Haze Dunster still developing, there is a need for both experience and also a metre-eater to help Parramatta get out of its own end.

Youngster Sean Russell would be first in line to get a shot at the role should the Eels look internally.

In reality, Ferguson was the best off-contract option so if the Eels passed up on re-signing him, it looks unlikely they will go to the open market.

If Parramatta goes down that route of developing from within, it can take confidence from the rise of Will Penisini, who has just five NRL games to his name but played with class beyond his years.

Waqa Blake also put an unconvincing start to the season behind him to finish one of Parramatta’s form players on the left edge, increasing his involvement and actually going after the contest instead of waiting for it to come to him.

With Blake capable of playing on the wing and Tom Opacic as a back-up option in the centres, there are options for Arthur to work with.

The depth though remains a question mark and is just one of several lingering over Arthur and the Eels in 2022.

Looking at the squad as a whole, all the components are there for Parramatta to be in title contention again, having gone within two points of knocking off the eventual premiers.

Now, instead of entering the off-season with a reminder of how far away they are from being genuine contenders, Parramatta enter 2022 knowing just how close that reality is.

Whether that is false hope or a genuine sign of change remains to be seen.

With it comes even greater expectations to make sure 2022 does not follow a similar script to the past three. 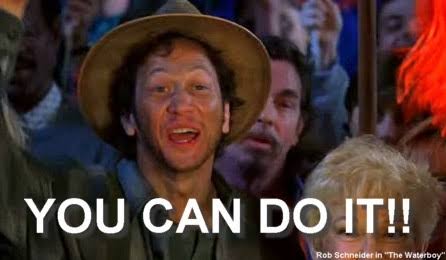 "Don't wind up Brown to much, might take his head off and end up on the sideline." You're the coach, 5mins till they run out, what do you say to the team?

My city, my people, my heart

Started by SuperEel 22 in NRL 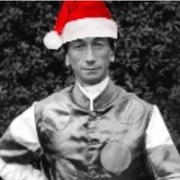 Concern ourselves more with the lieutenants then the general