It is becoming habit of; W, L, W, L for us this season. Yet funnily enough we have yet to lose two straight this season. With upcoming games against Wests and NZ Warriors, matches where we would be favourites. Now where do we stand? Well i wrote a blog last week or so, simply saying Souths would be smarting, they will want to avenge the embarrassing performance against St. George Illawarra, while we seem to go into "we are all good now" mode after a great performance, relying on talent and quality to get us the rest of the way, it is a merry-go-round of events. Unlike the Canterbury loss, this one was not as embarrassing, more so it was expected. Only 46% possession which is not good at all, 70% completions. In the first half we had 0 tackle breaks, ending the game with 18. Only 4 offloads, weather caused that, 5 to 1 forced drop outs which shows our creativity on the 5th, 33 missed tackles to their 18. Another different note to mention is that we currently have the 9th best defence in the league right now, 9 teams have conceaded less points than us this year, that is not acceptable considering we were expected to be near top 4 and having a roster overhaul next year in terms of our starting 17. Though they had one more error than us, showing we did not take advantage of the ball when having it.

Ky Rodwell: No man of the match for me this week, however Rodwell was not too bad. Early on had a few meh runs and missed tackles but quickly adjusted and look decent in the middle. No signs of yet to show he will be a full-time member of the 17 moving forward. 6 runs for 60 metres and 25 tackles rounded up a nice 25mins for Ky.

Oregon Kaufusi: A decent performance from Oggy, 167 metres, understanding the assignment of running hard through the middle in this weather. Hot and cold season from Oggy but tonight he was good off the bench.

Makahesi Makatoa: Not sure from everyone else, but he looked overmatched. He did not really offer much impact off the bench, and is disappointing considering how well he played in the trials. 20 games now and he has not really had a performance this year that makes you say "That is why he is named every week". Signed til 2024, so hopefully can improve but fear he may be just a squad player for us.

Reed Mahoney: He seems to be trying somewhat, but seems to have his mind on the paycheck at Belmore at the moment. If i were Canterbury fans, i would feel a little bit confused on whether Mahoney in for JMK is such a good thing, especially for 650K. The kick that landed straight into Johnston's chest, though kicks like that needed to happen more, it was poor. No running, 1 run for 10 metres, unlike last year where he was running, only 3 try assists this year compared to this time last year where he was on double digits. 51 tackles with 6 missed, including a turnstile for Latrell. Reed has not had a good 2022, honestly it seems we made the right choice moving on.

Will Penisini: This kid will have a nice career, i am sure of that. Tonight however was not his best, Isaiah Tass and Alex Johnston had his number along with Simonsson numerous times. Still a young kid there is room to grow, look at Jennings, early in his career he was criticised as being an average defender, then became the best defensive centre in the NRL, but looked all over the place tonight.

Mitchell Moses: Well been a while before he has been truly awful, only 4 runs, when Mitch runs we do well. Kicking wise this game and it's conditions suited how he boots a football yet not there. Tried to hard to have us score on every play, including that stupid tip on intercepted by Johnston. Needs to take control more, instead just argues with the ref on every little call, move on and focus on your team instead of a wrong call.

Brad Arthur: Ok i will write a blog about him later, i know people here will be like please don't more so due to me writing not so much the topic, but man he needs to clarify things better. Coming out of what i suggested was his best press conference since becoming coach in 2014 a fortnight ago, to well what he dished up last night. Just looked a bit confused and contridicting himself. Claiming effort was there yet claims some players need to give more, plus the catchphrases return "Effort was there", to "Front load effort" to now "We need to play the footy we want to play" but now Gutho speaks it for him, might thinks it sounds better if not him saying it. The bench is weird and wacky, honestly JA would have made more sense being on the bench than Opacic, i know the 17th player hardly gets minutes as it is, but why give Paulo a 10 min spell to bring him back on again before halftime? Why not use that time at halftime to rest him up a bit more?

Another week and another "Where to next". Wests at Leichhardt, we will be favourites but Wests just lost 22-2 to the Warriors, so maybe Brooks is dropped and they fire up at Leichhardt where they have done well at this year. Changes, well Paulo will be out due to Origin, so Kaufusi will start at his expense. Matterson could be back meaning Niukore moves back to the bench with Opacic moving out for maybe JA, Greig or Cartwright.

If Matto is still out Niukore will start of course, bench could be Makatoa, Greig, Rodwell, Cartwright. 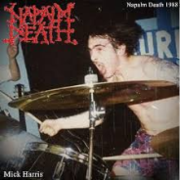 "So does an assistant have any say, or do they just carry out the coach's game plans?"

"100%! as an assistant he was cleary successful, coming from the panthers system. Sometimes a good assistant doesnt not make a good coach. I think it is a smart move to bring new blood in, esp when they have come from a good system."

"I remember last year Sterlo schooling BA on using the sideline as an additional defender. 8 years and still couldn't figure that out. "

"I'd never cheer for Parra to lose any game. But unfortunately I do see some benefits to the Eels missing the 8 this year. We can't afford more of the same. "
More…
Loading ...