I am a massive Parramatta tragic fan and was at the game on Thursday. And whilst it was an enormous victory (beating Melbourne is better than winning against the dogs these days), it is still a bit difficult for me to get too excited for the following reasons:

1. Melbourne were not at full strength. Most people (fans and commentators alike) have forgotten that Harry Grant was not playing. This kid single handedly pulled apart the NSW defense in the final game of SOO last year, and a major reason to why the tigers won so many games last year. He would have had a much bigger impact on Thursdays game than Mahoney.

2. Edge defense. We don't appear to have learnt from last years sins unfortunately, and we cant sugar coat the loss of Jennings. And Opacic is still very much a work in progress. Niukore did a formidable job on Olam but he was exposed at times even on a wet track. Gutherson was also tremendous as our last line.

3. The wet weather worked in our favour. This stifled Addo-Car and Papenhuizen in attack. One wonders if whether both their breaks would have lead to tries. Also Olam may have had better success attacking a second rower.

4. Sivo scoring two tries off bombs against a smaller average winger. I felt sorry for George Jennings but Sivo was up against a sub par edge with R.Smith and G.Jennings. I may get a bit more excited if he can replicate his same feat in 2019, or repeat that performance against better opposition like a Tupou or a Ravalawa. Also I'm sure Bellamy will fix this edge throughout the year.

5. Assistant coaches. I must admit that i am an outsider - and have no basis on making this claim. But it appears to me that whilst Arthur may be a good head coach we lack power in assistant coaches. I am not a fan of David Kidwell since we can never seem to match the defensive prowess of a Melbourne, Roosters, Raiders or even Sharks. Some of these teams have the worst individual defenders (e.g Josh Hodgson) but as a unit they are trained to be impenetrable. It worries me that even with our calibre of players we still allow teams to run around us.

I hope they can prove me wrong. I will still be going to every game and living every try and big tackle. But history has taught me to approach every year with cautious optimism. 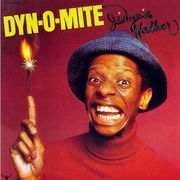 "Love it, compared to our previous yellow away jersey that was a training shirt. Or was that one racist as well?"
"If only Hipgrave was playing. He’d be short odds though"

"This jersey is a smack in the face to all our indiginous brothers n sisters whove faught so hard for equality, then clubs go and do shit like this, what a disgrace.
They could have picked any colour but they had to choose white, this is where the…"