can I ask why the sites banner is anti Anglo Saxon ?  A site that’s made up of many people from many backgrounds , yet we seem to have decided to blacklist (sic) any players of the white background including our captain .  Maybe we can do a finals series wall which is slightly more inclusive ?

Hopefully this is just an accidental oversight

"What's confusing about that? Please explain. I beg you. "

"Your story is as believable as one of your mate Trump's yarns. Good way to spread hate though. "

"And... Whoop there it is! Watch all the redneck, homophobic, racists come out and support your old school thinking. I'll have a slice of Betty's cake and watch this unfold..."

"So you think Greenberg is showing leadership now, what about his back flips on his salary, how he's pissed the clubs and players off? It's V'Landys that's running the show at the moment. Even Kent, Hooper and others have given it to Greenberg and sa…"

"You know he got thrown out at the cowboys don't you? For belting his missus again? You realise if Greenberg didn't cover it all up she may have been saved these extra beatings. You can't see the forest for the trees."

"Hindmarsh never really got on with Hayne."

"When I was in Surfers a few weeks ago, the only person I saw wearing a face mask was an Aboriginal bloke.
I'm still a bit confused.
"

"Agreed.
I was at my local shopping centre the other day, walking back to my car with my 22 year old son. As I got to my car an aboriginal man came up to me in an aggressive manner yelling and waving his arms around. He said "taking photos of me bro,…"

"Hodgson over Hayne is a big call..."

"Nathan has a huge heart and was a wonderful player for Parra.
Some athletes have special abilities, such as Shane Warne.....what Hindy and Warnie have in common is not just degrees of greatness......they are both qualified for being  "not the sharpe…"

"i find the Aboriginal flag highly offensive, it should be classed as an international symbol of hate imo, along with all the LGBTQ, ANTIFA,feminist and all victim symbols.
Should be banned and illegal to display..
" 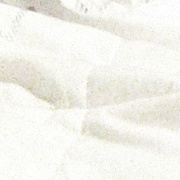 "EAM, name some of Greenburg's greatest achievements and/or occasions when he has demonstrated genuine leadership qualities?"

"Sorry officer Snakie, but is it really me living in the past?
This coming from people who couldn't handle the NRL showing how much it has progressed in a commercial - Not enough 'biff''!  - "why the homosexuals?" - "Why the aboriginal flag?".
And b…"

"EAM, you'd still be wearing your resoled desert boots with your socks pulled up, your year 6 grey stubbies, with the front coin pocket that are 3 szes too small, a white tennis polo shirt with cheap kilometrico pens in the pocket, in 3 colours, comb…"