After effectively derailing their 2018 season in the opening rounds, the Eels will be doing all they can to avoid any possibility of a repeat in 2019.

Six loses at start of 2018 left Parramatta unable to find any momentum for the rest of the season.

But it's a new season and the club has plenty to look forward to in 2019 with the establishment of a new home ground in the heart of Parramatta, a wealth of support resulting in record-breaking membership sales, along with several fresh faces joining the club.

Parramatta's trail match against the Raiders was a solid test and coach Brad Arthur is no doubt anxious to see if the Eels will right last year's wrongs.

With the departure of Corey Norman to the Dragons, a new halves partnership will steer Parra around the park this year. Clint Gutherson, Dylan Brown and Jaeman Salmon are all potential candidates to accompany Mitchell Moses in the play-making position, with several other spots likely to be claimed by new recruits Blake Ferguson, Junior Paulo and Shaun Lane. Parramatta have a favourable draw in that they don't leave Sydney's west for the first four weeks of the competition. They meet the Panthers at the foot of the mountain before coming up against the Bulldogs, Roosters and Sharks at ANZ Stadium.

The Eels are set to run out at their new home ground in round six against the Wests Tigers.

The toughest patch for the Eels will be from round nine to round thirteen when they come up against Melbourne at Suncorp Stadium for Magic Round, before heading to Townsville where they have beaten North Queensland on just two occasions since 2000. A five day turnaround will see them face the Panthers again followed by the Rabbitohs and then the Sharks for their second encounter in 2019.

The stat that gives you hope

The addition of Blake Ferguson will provide the Eels with powerful starts to sets with the former Kangaroo averaging around 200 metres a game in 2018, topping the chart for most running metres (5,400). The best of the Parramatta backs was George Jennings, who averaged 134 metres per game.

Ferguson will also be able to create opportunities put some points on the board. Last year he collected the most line breaks (20) and post contact metres (1,843), while finishing third for tries scored.

What you need to know NRL Fantasy wise

Parramatta's on-field struggles in 2018 means their players have plenty of room for improvement this year, which is good news for their Fantasy prospects. 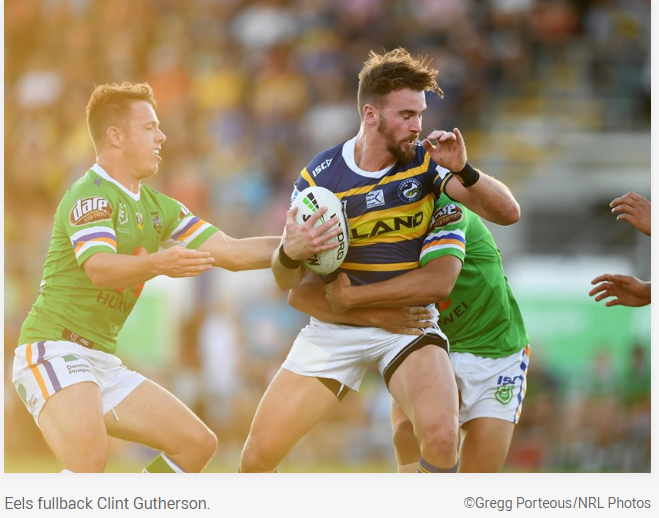 This season is crucial for coach Brad Arthur who is off contract at the end of the season.

The Eels tried a few different approaches last year with positional changes and revamping training schedules - none of which really worked.

If Arthur is able to find what worked for the club when they made the top four in 2017, he may be able to hold onto the head coach position. 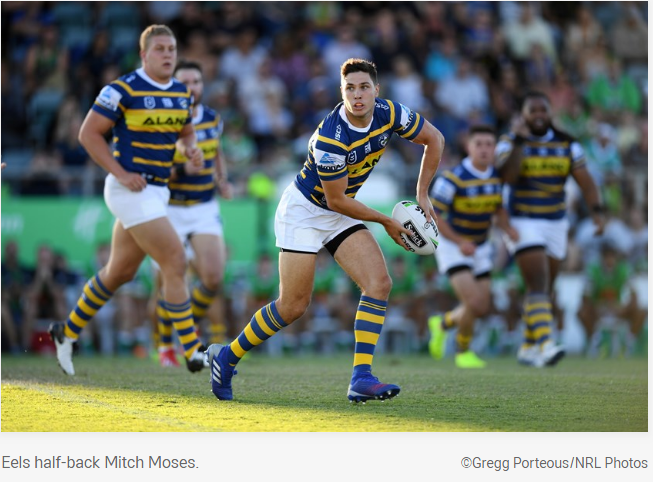 The Eels and their fans will not want to replicate the Newcastle Knights' run of three straight wooden spoons from 2015 to 2017.

It remains to be seen if the Eels will bounce back from the disappointing result of 2018 and what changes will be made at the club.

Eels winger Greg Leleisiuao joined the first grade squad in 2018 after two successful seasons in the under 20 system with Gold Coast in 2016 and the Eels in 2017.

In 2017 Leleisiuao topped the 20s competition for average running metres and tackle breaks per game, while also scoring 17 tries in 18 matches. The explosive and dynamic 21-year-old was also rewarded by his club-land efforts with selection in the Junior Kiwis in 2016 and 2017. If Leleisiuao is able to prove that he can match it with the big boys in the NRL, a wing spot in the New Zealand Kiwis beckons.

Rugby league, good times with his mates and travelling is what you'll find if you head to Clint Gutherson's social media page. The Eels skipper has cranked up almost 30,000 followers on Instagram through sharing with fans some of his most treasured training and playing moments, as well as the down time he spends with his mates playing cricket or enjoying the beach.

"Last year was the toughest year I've ever had in my career. They weren't fun reviews.

"It was tough for everyone involved, but the beauty of it is you get the chance to learn from all that, you learn to take the positives out of it and you don't want to be in that situation again."

"Can you start on about Michell (cock)roach? Not sure where you'd start, pretty much any normal sledge would probably be true for she/her/them/it in real life anyway....."

"Lol ur brother bushy is calling you "
More…
Loading ...