Sporting a bruised left eye and a small cut to his right one, Dylan Brown didn't have to prove to anyone he is doing his fair share of defence for Parramatta.

When he returned four weeks ago from a lengthy lay-off due to a stress fracture in his back, Brown spoke of how he wanted to improve his defence as well as get back to a solid combination with his halves partner Mitchell Moses.

The latter is progressing well and the former is also a pleasant surprise for the 19-year-old five-eighth.

In his first game back after 13 weeks Brown was forced to make 24 tackles as the Raiders pack headed straight for him.

Again in the 24-22 win over the Warriors on Saturday at Bankwest Stadium, Brown made 22 tackles as the likes of Adam Blair, Bunty Afoa and Sam Lisone – all 110kg or more – ran at 85-kilo Brown.

His tally of tackles was one less than Junior Paulo, and one more than David Gower proving Brown is working as hard as some of his forwards in defence.

The fact he had a few facial marks to reinforce that contact didn't worry him.

"I feel like I’ve really earned the win, or did my bit.

"If you’re able to keep from getting bowled over then you’re helping to swing the game your way. So I love it."

The fact he is 3-1 in his four games back and the Eels now have five wins from their last seven games is awakening his appetite for finals football. "It’s very pleasing the run I’ve had. It makes me hungry for more as we head into the end of the season," he said.

The Warriors became the Eels 10th scalp for 2019 and puts them within touching distance of the top four.

"We're not looking at that. It’s more about week-to-week and about 'away' games," Brown said.

"We spoke about that after the Warriors game that we need to recover well and get ourselves set for those away games.

"We have to break that curse as we haven’t got a great record away from home."

The Eels are 7-2 at home but 3-6 away. But they only have three games on the road for their final six rounds – the Titans and Broncos after next week's round-20  clash with the Dragons at Netstrata Jubilee Stadium.

"We beat them last time [32-18 in round 8] so they’ll be out for a bit of redemption. But we’ve got some new players like Waqa [Blake], who I thought was pretty exciting [in his club debut against the Warriors], and some players to come back in," Brown said.

"It shows that we have good depth in our team but we also talk about it at training that we need that extra lift if people are out. And I thought we responded well to that," Brown said.

"We've got great trust in each other."

The Auckland-born Brown had a large family contingent fly into Sydney for their version of a local derby against the NZ Warriors.

"It's been a pretty exciting week and pretty busy week for me actually, with family coming in and out of my house.

"Slightly worried. A down and out Manly that just got flogged coached by the mad professor and we don't have our general. GULP !" 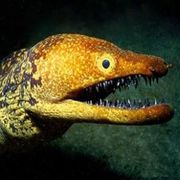 "Sorry poppa, Snake might be wrong, but this is very funny.Happy birthday for last month Snake.Sterlo and me turn 60 and the mighty EELS are still number 1.Parra, Corona beers and short corona cigars are the only getting me through all this shit.
"
More…
Loading ...