Parramatta’s fight to retain Reed Mahoney has dramatically escalated after it emerged the Brisbane Broncos were weighing up whether to turn the battle for his signature into a south east Queensland bunfight.
Mahoney is off cont

The 160 minutes that saved BA

___
The NRL have fined the Penrith Panthers $25K and suspended their trainer for the rest of 2021, after it was determined he breached the game’s rules when pausing play for Mitchell Kenny.
___
Under the NRL rules a trainer can request the referee to st

Bankwest Stadium is no longer...A new multi-year partnership with Venues NSW for the naming-rights of Western Sydney Stadium means it will officially be called CommBank Stadium on October 1.

NRL can go get fcuked!!!

I'm absolutely gutted!!! Feel sorry for the players they played with heart and that's all you can ask for.

Momentum on Eels side

I'm hearing Sivo won't be back till round 12 2022, and by the time Sivo gets going the season will be over so let's just say next year for him will be a write off.

Fergo may be heading off to Japanese rugby, so that's two massive holes to fill, I hear

Marata on his way to the Warriors? 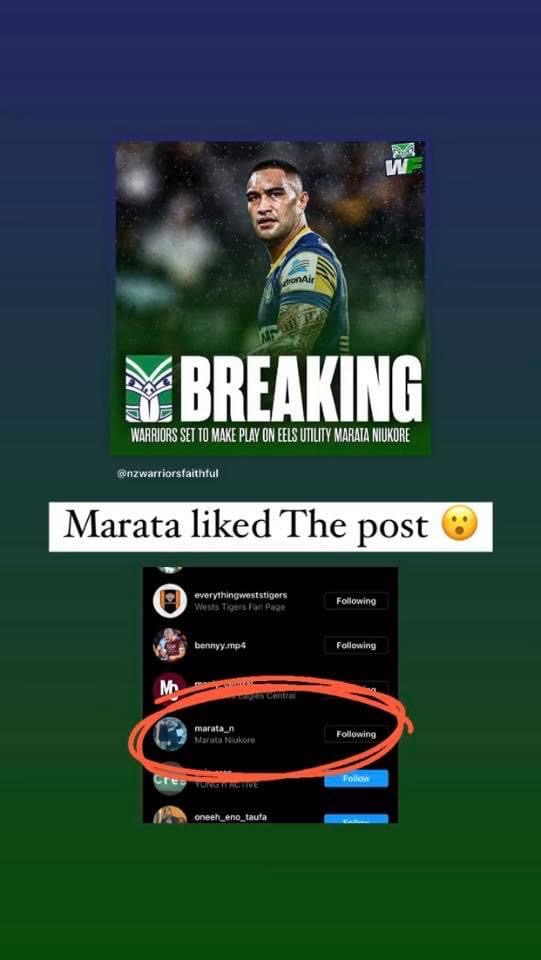 I'd be filthy if this happens!!!

Since joining the Gold Coast Titans in 2019, Tyrone Peachey’s career has been a rollercoaster, to say the least; however, his time at the club looks to be coming to an end.

Peachey is off-contract at

Acknowledges win or lose next 2 our ladder position unlikely to change.

Same team will play next week as want to challenge the boys to work on some of the execution from last night and test themselves.

Then likely to rest players vs