Where’s everyone sitting? Gonna be Huggggeeeeee!!!!

The Facts. Is Parra going to Struggle?

There was an error today in the Broncos Team line up. They were missing the names of the two refs officiating our game on Sunday - Ben Cummins and Grant Atkins.

Thought I'd share with you 'some' facts which were very noticeable to a 40+ year Eels boy!

Parramatta are the other team guaranteed a home final for finishing fifth or sixth, however the NRL is reluctant to schedule the Eels on Friday night if they play against Cronulla or the Tigers.

The Tigers and Sharks square off at Leichhardt Oval this

Road To The Finals

Paul Crawley and Fatima Kdouh, The Daily Telegraph
September 3, 2019 8:45am
Subscriber only
Parramatta were robbed of the chance to finish in the NRL’s top four courtesy of a series of refe
Read more…
Started by Mr Analyst loves Rugbah Leeg

Does Mannah Deserve A Final Farewell in 1st Grade?

I’ve always said ‘No one deserves nothing unless it’s been earn’t’, and if Parra was flying and winning games I’d say sorry Tim, BUT we aren’t and there are a few players I’d happily replace for Tim. 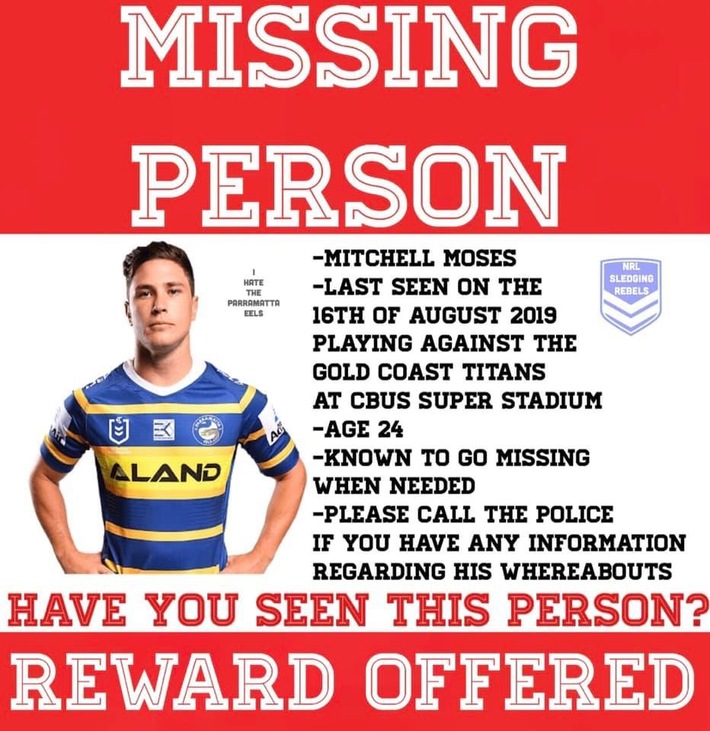 I love the bloke but last two games when it really mattered he went hiding.

And if you watch the press conference BA eluded to it without naming names.

Perfect time for BA to blow up at Presser

This would the ideal time to blow up about the refereeing performance. Highlight the mistakes and in return hope we get a better than 50/50 calls from next week onwards.

I doubt it will happen.

Jai Arrow given permission to negotiate with other clubs

The Gold Coast Titans have reportedly given Jai Arrow permission to immediately begin negotiations with other clubs.

Could this be a move by the Titans to make Arrow feel less restricted? Possibly a move so the Titans know earlier how much money they

Some Rules for sum and for Parra? Fcukem

QUESTION: Was this worth a potential penalty try? Clearly the Bulldogs player takes away any chance of Sivo making a proper chance to grab the ball here. Usually this is a penalty in itself so i would assume the referee made a blunder by not taking a 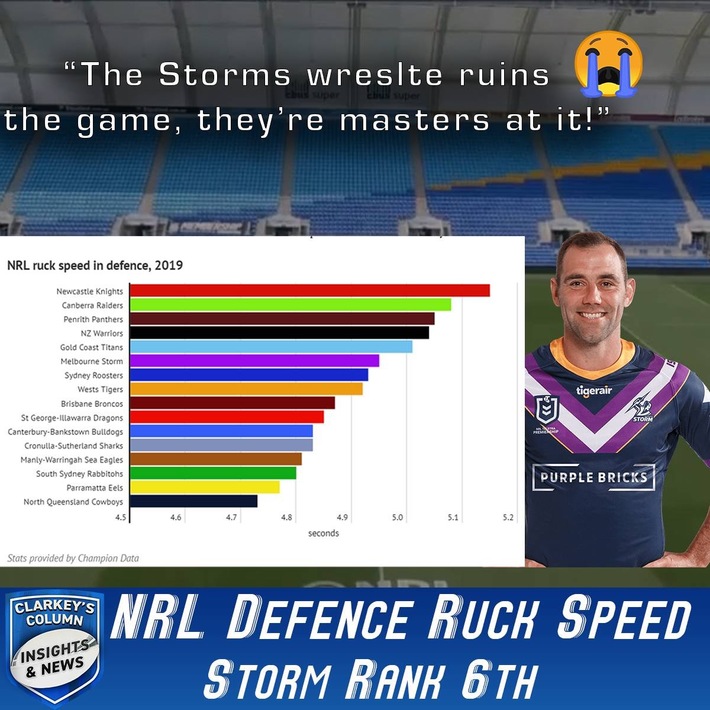