One of the greatest footballers of all time and Argentina's favourite son, Diego Maradona, has died in Buenos Aires at age 60.

Regarded as one of the greatest players in the history of the game, Maradona became a household name after inspiring his country to World Cup glory in 1986.

He took center stage at the tournament with a memorable performance against England where he scored an iconic goal that he later described as the "Hand of God."

The diminutive forward out-jumped legendary keeper Peter Shilton and punched the ball into the net. Despite the obvious handball, the goal was allowed to stand because the referee did not see the foul.

Later in the game he scored one of the best goals in history after weaving his way past seven English defenders.

At club level, he led Italy’s Napoli to their first Serie A league title in 1987, a remarkable feat as the team overcame the country’s northern heavyweights Juventus, Inter and AC Milan. He would go on to win Europe’s Uefa Cup and a second Italian league title with the club.

A true legend of the game.

"great try WMD--I also like Lomax as a centre"

"T20 is too much of a gamble - you have absolutely stacked teams like the Stars doing poorly. Thunder will still make the finals, but we won't win. It'll be another Sixers year I'd say...they're almost as stacked as the Stars."

"I agree on this Tim but passing at the right time and being a solid defenders comes with experience. His experience will be missed. Waqa still has plenty of time to develop these skills when he experiences different games and situations."

"I would start Papali'i at second row and put Lane on the bench. Have Roache, Cartwright and Marata on the bench as well. "

"Thunder coaching and captaincy is horrible. The coach keeps picking Milne because they are both Kiwi. Even after getting 4 wickets in his only game, Dogget has been dropped and not played. Ferguson's batting is useless. He either gets out cheaply or…"

"The Sixers are the Roosters of the BBL!"

"He would be a great purchase for the Eels. A good handy player and a good goal kicker."

"Without Jennings we lack a quality player that can creat something from nothing. He was something & I think with the way our halves play at time, kick in the air & hope for the best, Jennings well be missed. He the one that created something with a…"

"Thunder suck. Sixers all the way" "Would be a awesome buy. I would love to see him in the b&g, like them chick's who have got a bit lose from getting around would love him as well.  "

"Would be huge.can't see it happening  though." 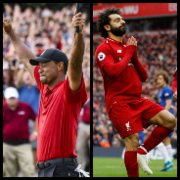 Lordy lord what a player. Can attack and prevent runs. 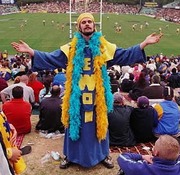 Anyone noticed this??? showing promise a s leading the comp halfway through the comp. and now stumbling. will limp into the finals.

As the 2021 season draws closer (can't freakin wait) I believe our bench (if all players stay fit) will be the strongest it's been in 10yrs, will that relate to a GF appearance? Time will tell I suppose.Whats your bench look like?  Here's mine....…

Article on Fox Sports.Watch as it gets swept under the rug again.