What the hell is wrong with this world and where has it gone wrong?

What the hell is happening to common sense and the will of the majority?

SJWs that’s What has happened.

Remember a few years back when gay marriage was passed as law in Australia and we had a slice of the population trying to reassure the no voters that the social changes would stop there - well guess what it hasn’t. Like the proverbial snow ball rolling down a mountain, what will stop this insanity.

THE PANDORAS BOX IS OFFICIALLY OPENED.

Who in their right mind thinks that it’s a good idea to let transgender men play cricket against women?

Who in their right mind believes it’s fair for women that have devoted the majority of their lives, to carve out a career but now have to compete against men in a female sport?

I think that transgender people have the right to express themselves and be who they want to be but there needs to be some set boundaries particularly around sport. For one thing they tend to be far stronger and athletic than the female counterparts. It could also be considered danergous for women to play against grown men, regardless if they’ve had hormone therapy and genital reassignment or not. There should be some lines drawn in the sand or all helll could break loose, especially when it comes to money.

Whats stopping Roger Federer from claiming he now believes he considers himself a woman and decides to play in the women’s circuit until the age of 60, winning everything in his path. It’s not a joke........ it’s a possibility that one day a  male could make this move to improve his chances of winning.

"Should be a cracking game, i'm taking half day off work so i can watch it."

"Just show him your wrestling moves mate, put him in a cuckhold.
"

"LOL remember how excited some fans were when Jarryd returned. I knew it would turn out a failure and we hyadn't won a spoon since he left. He came back, we won another spoon."

"our squad is better than the Cowboys, Dogs, Titans, Dragons and Tigers. Realistically we should win all 5. "

"That's when I met Snake. I was assigned to jury duty for his case.
To be fair, that's just a horrible shot of him, he's actually a very handsome man."

"Legit HKF.
Only been following NFL a couple of years though."

"I see the cowboys being a danger but we really should beat the dragons, they have a decent starting 13 but not much else and Norman/Hunt in the halves."

"We should definitely be top 4, no doubt the teams goal is to win the comp like it should be."

"We'll l lose to either Cowboys or Dragons and be 4-1 to start the season. "

"A Chiefs / Eels double would be better HKF."

"We should be aiming for 4 wins from our first 5 games, winning all 5 is a real posibility if we have the right attitude.
I really want to see a gritty attitude in defense from the first round, if we can get our attitude and structure right in defens…" 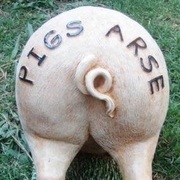 "Our next 5 games are dogs.  Broncos.  Warriors . Sea Eagles.at lottoland  Then Storm at aami park round 10.so a couple of hard ones.rd 9 snd 10 although Broncos in Darwin round 7 will be tough too."